Taking the existing brand as a reference, we evolved the visual identity of Teatre Nacional de Catalunya and led the creative direction of the season. We had the opportunity to design almost everything that the theatre produced, from street banners to editorial pieces. Due to the lack of consistency and recognizability present in catalan theaters, this two became the key values to make the theatre stand out among its competitors. 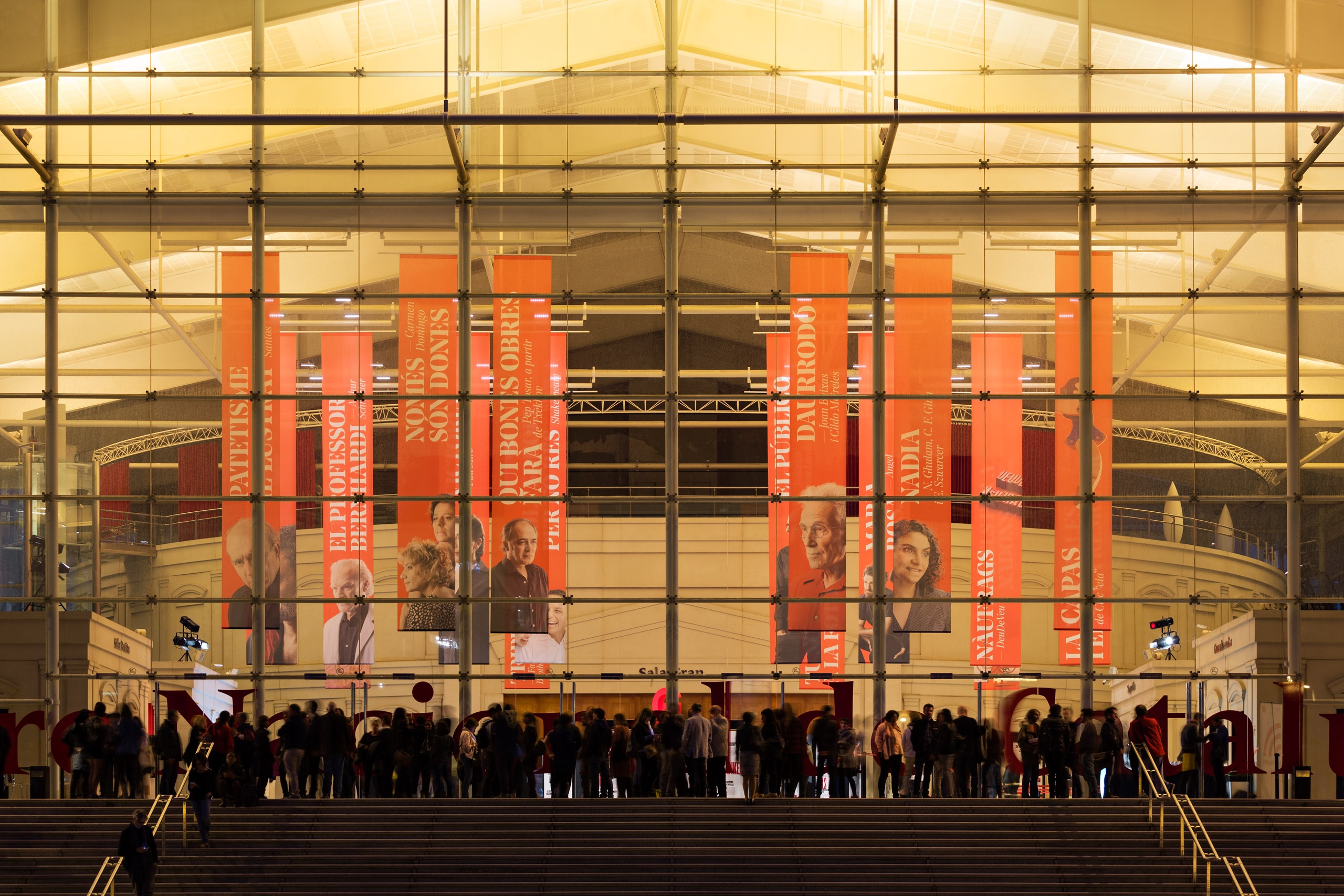 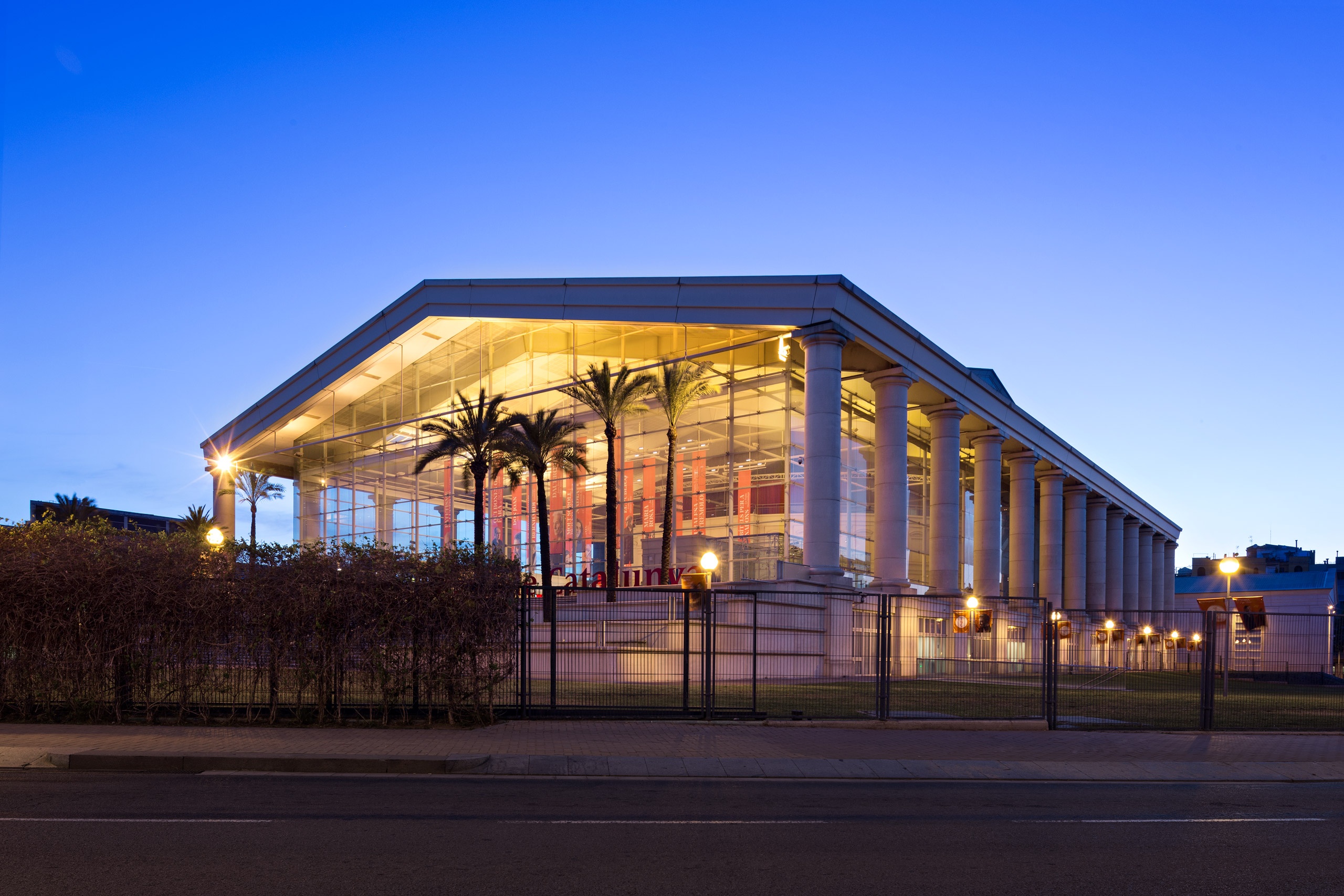 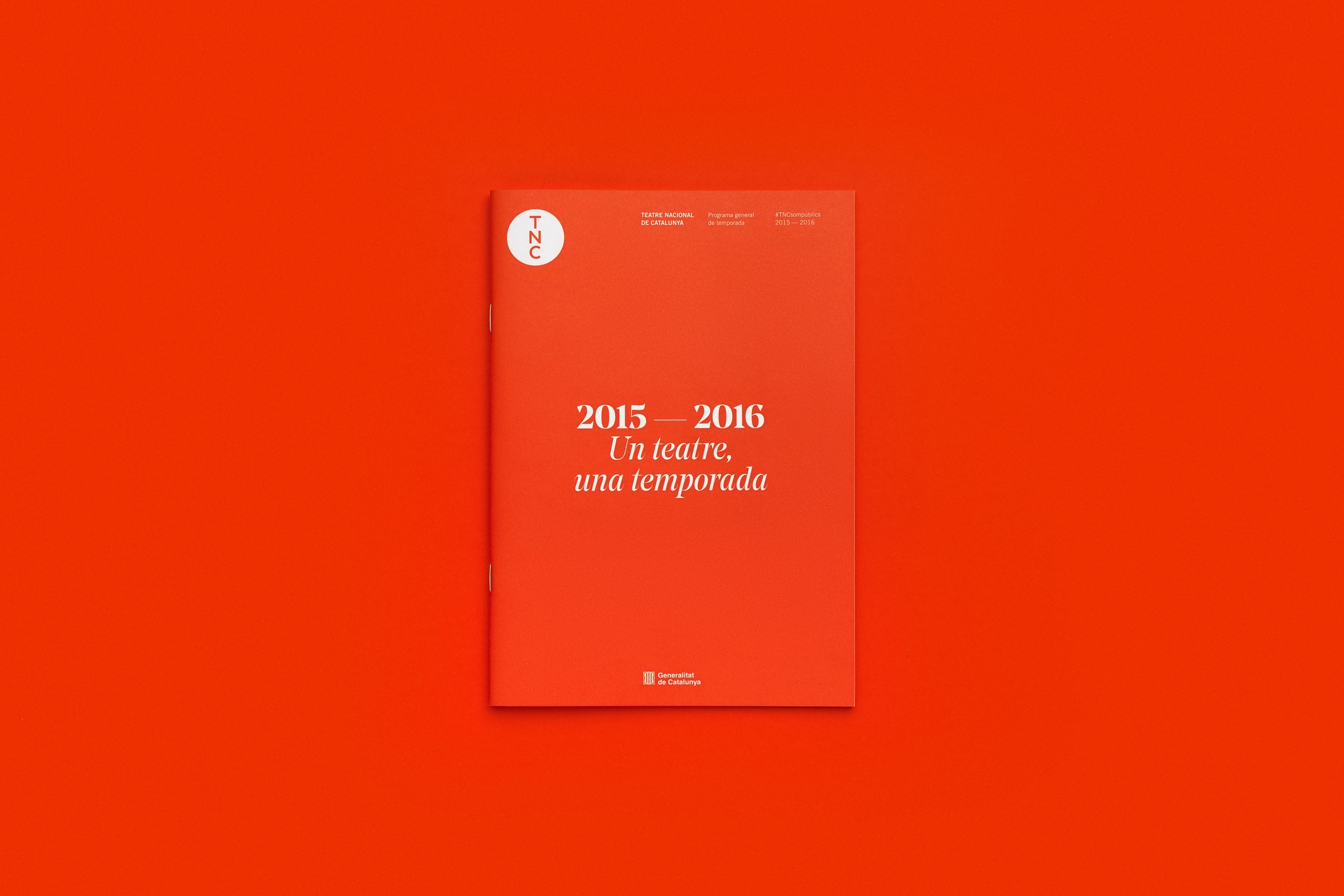 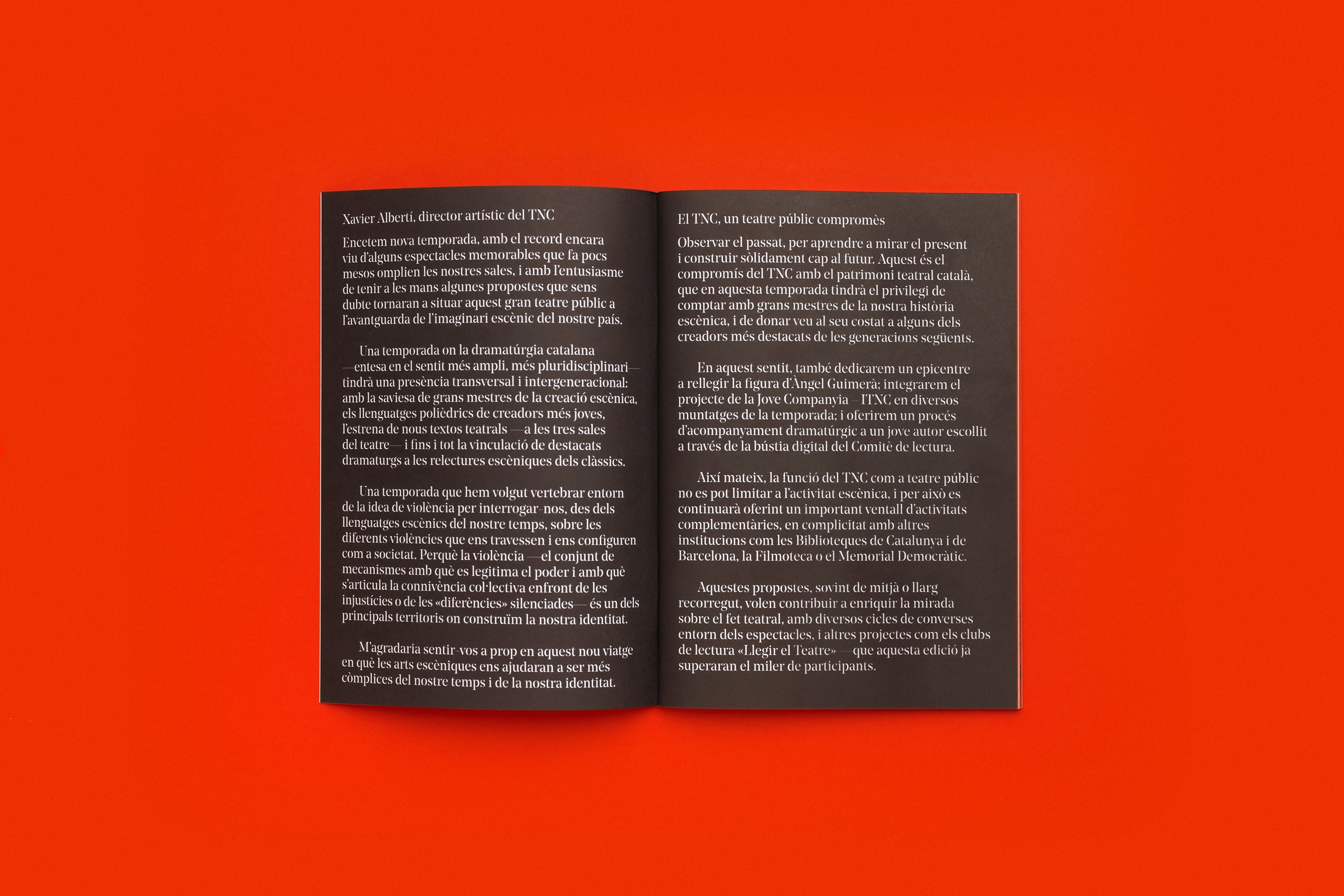 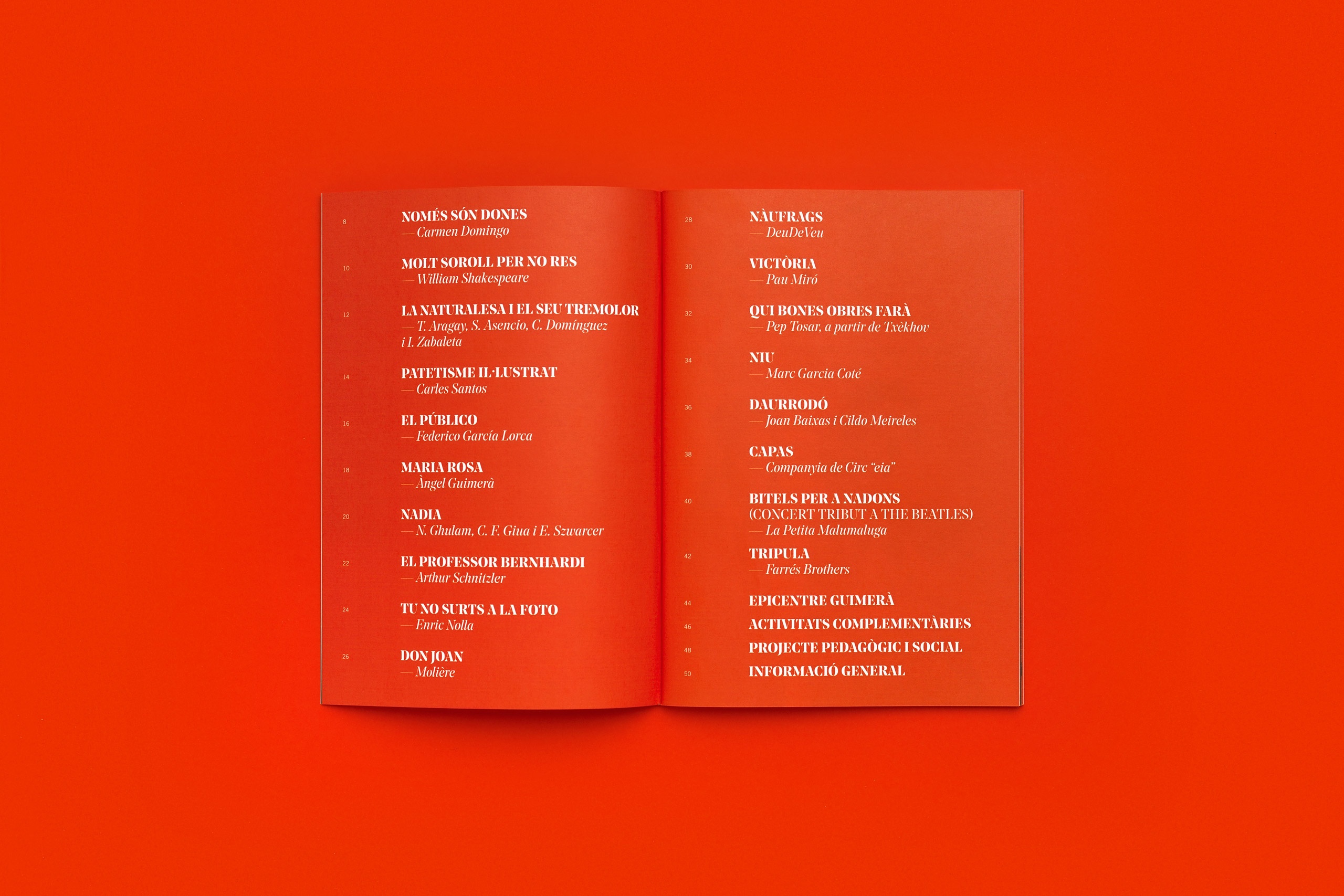 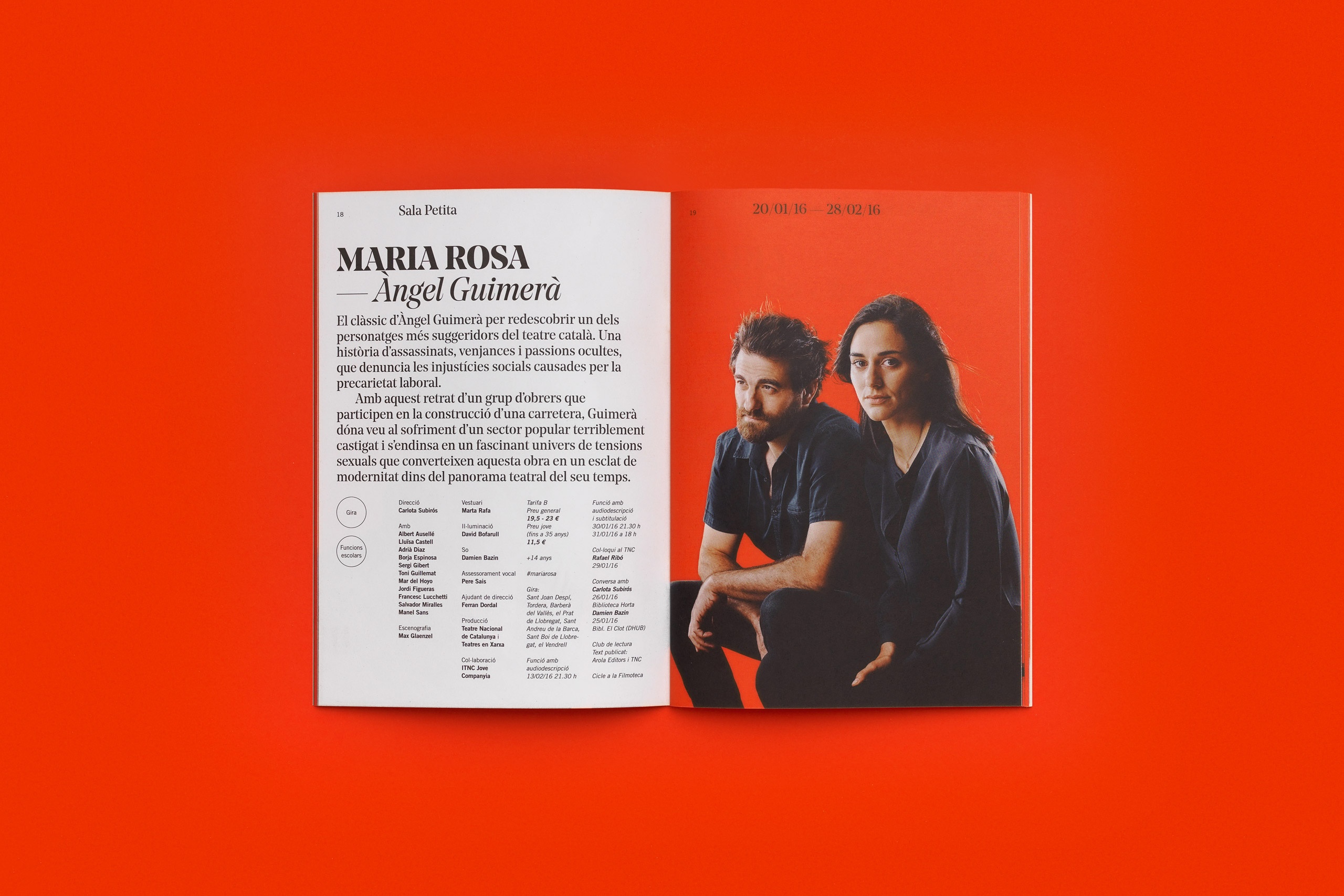 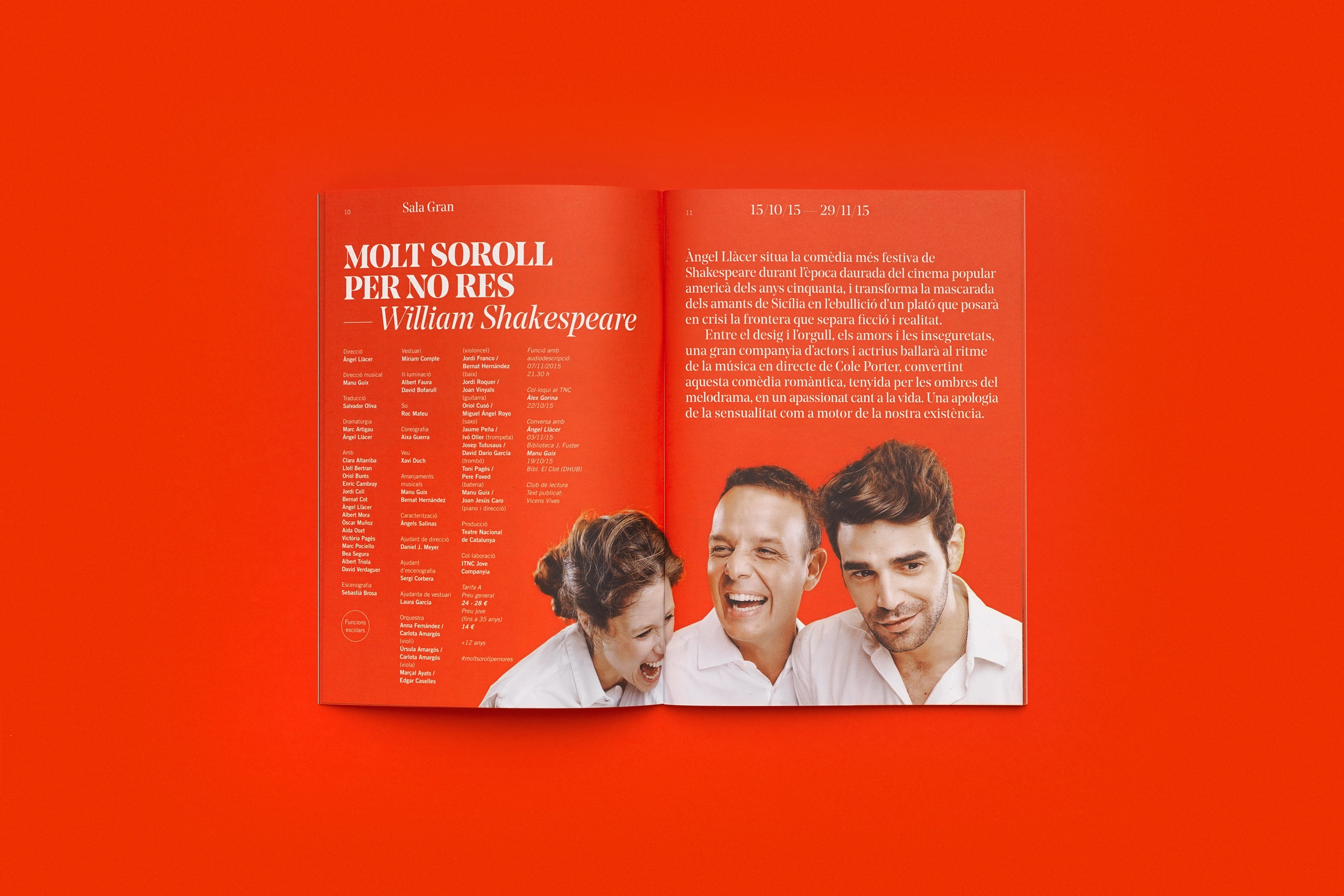 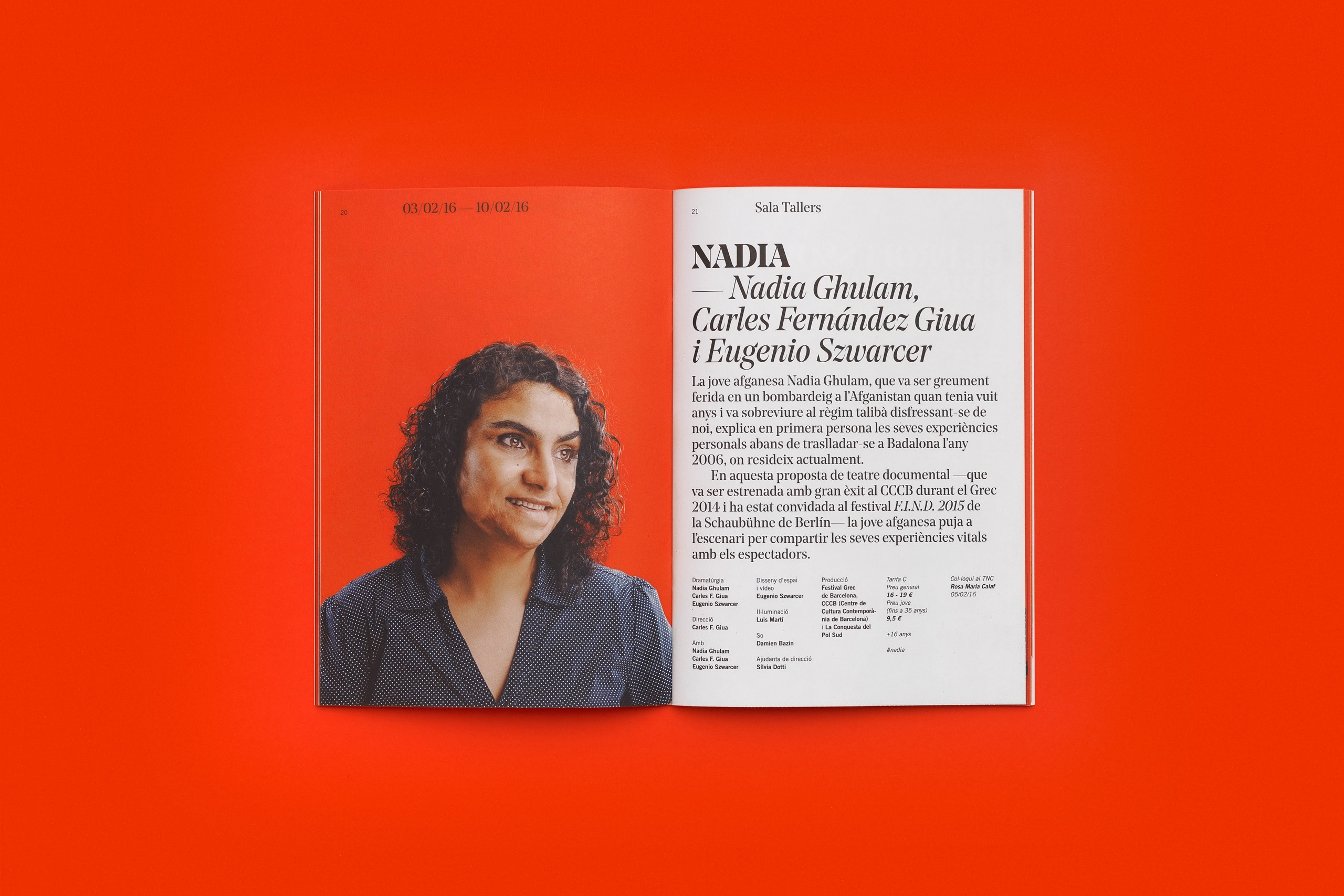 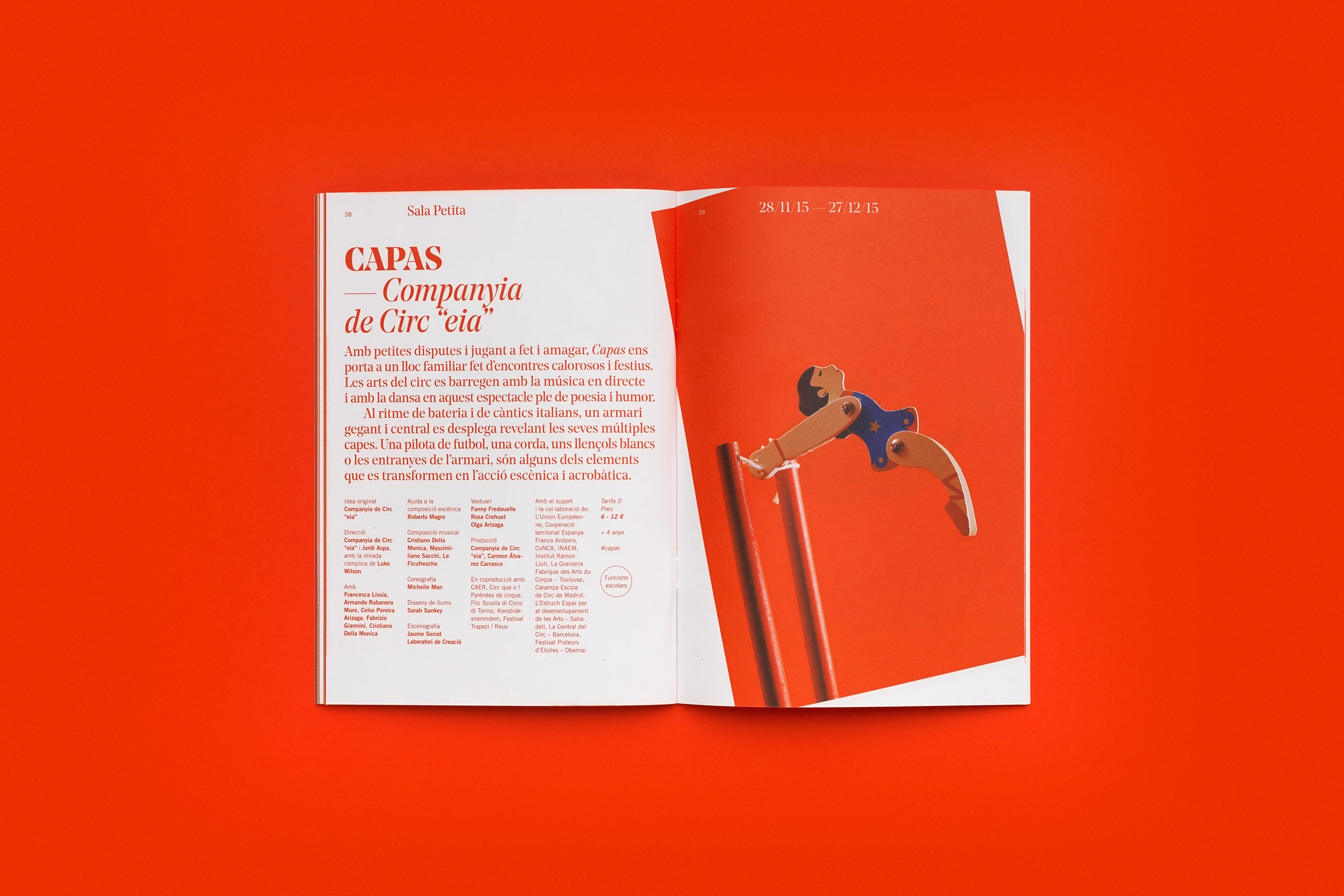 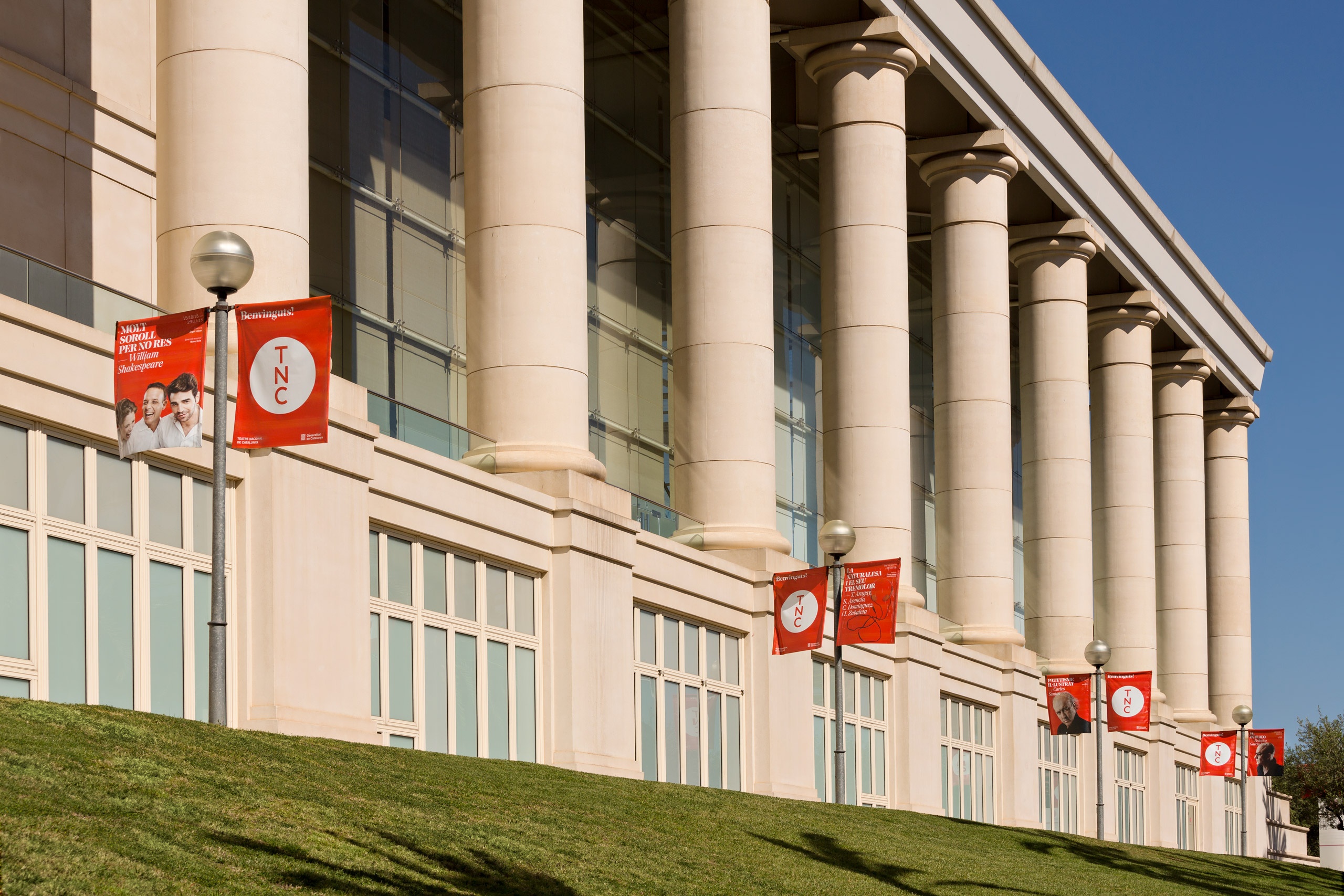 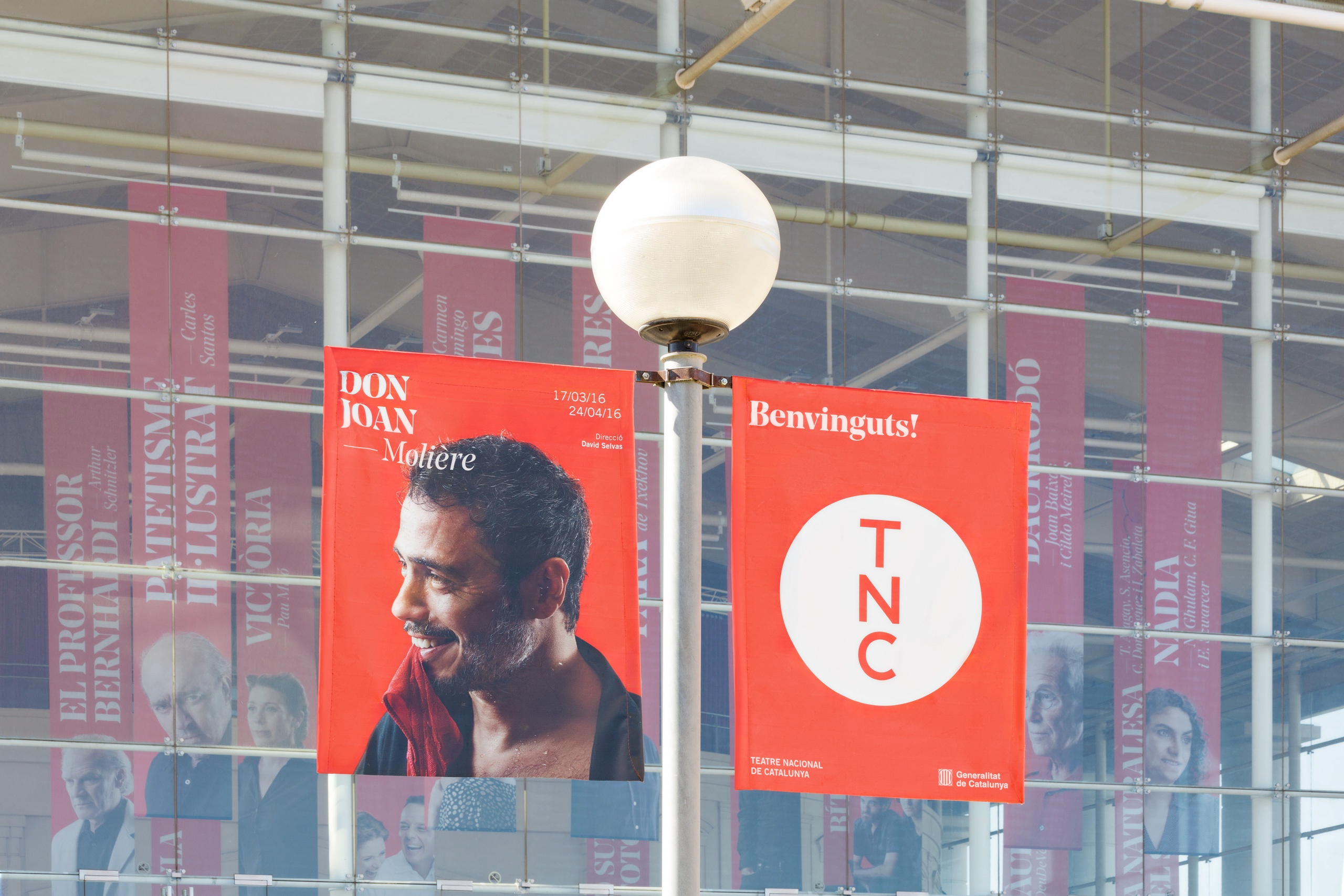 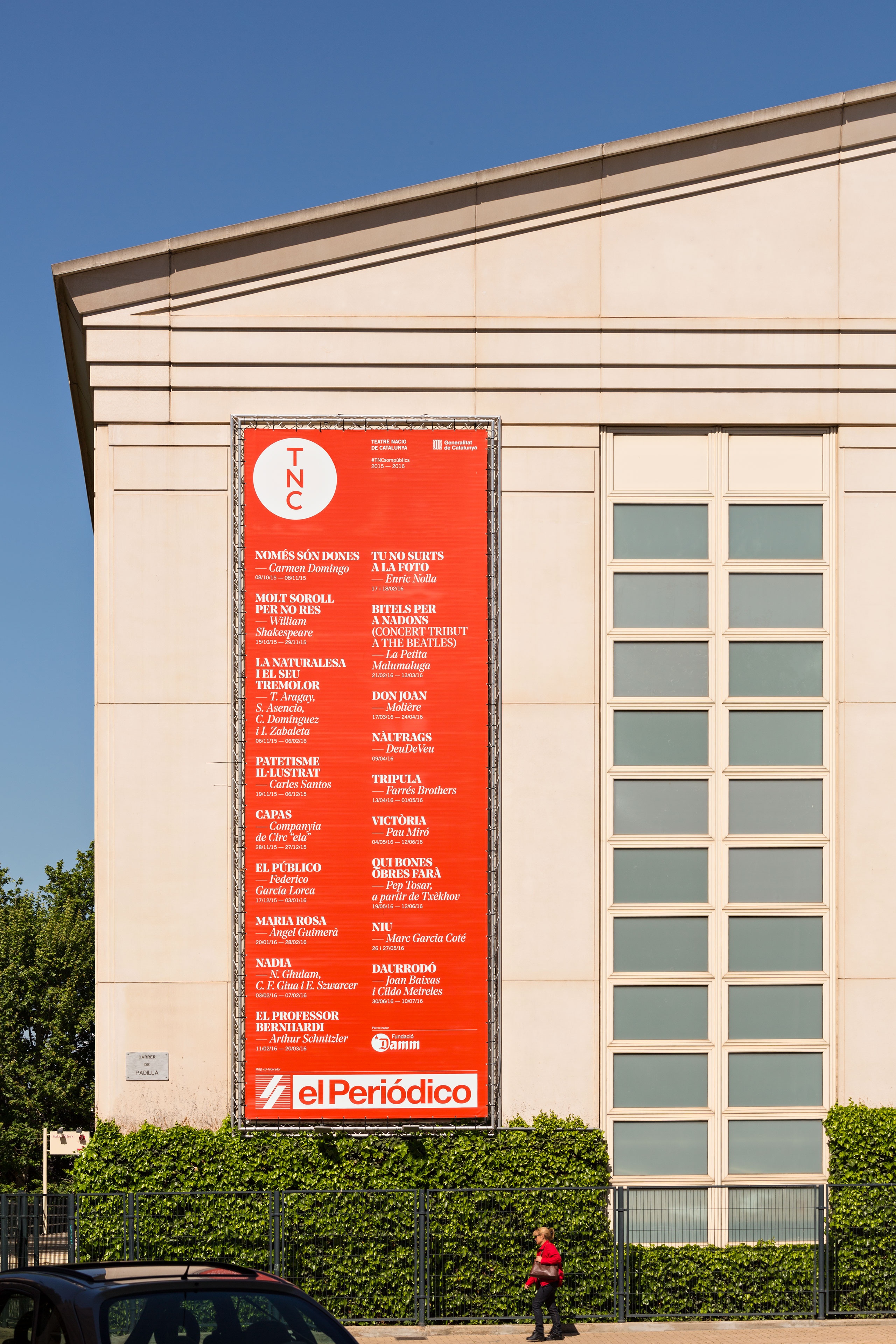 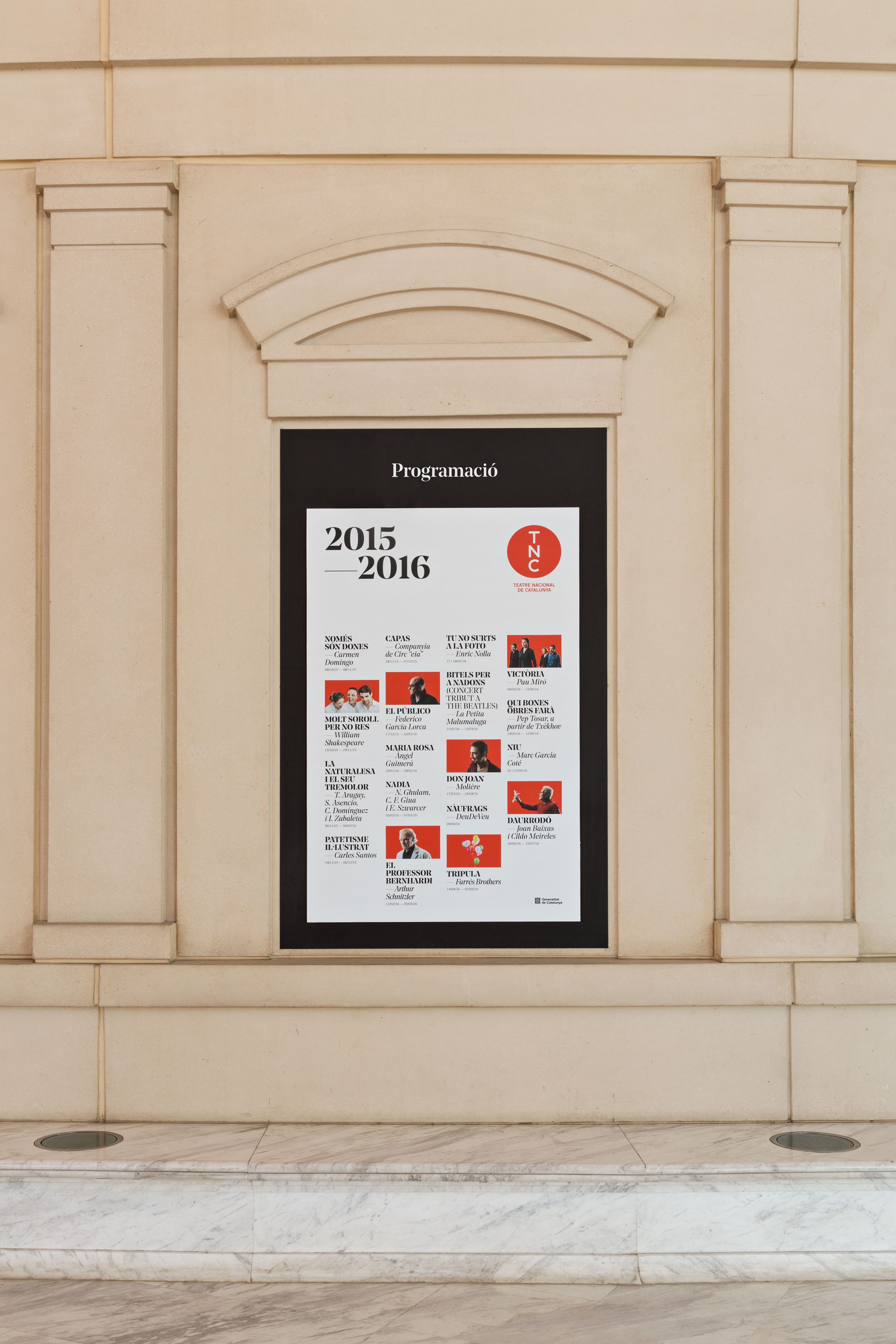 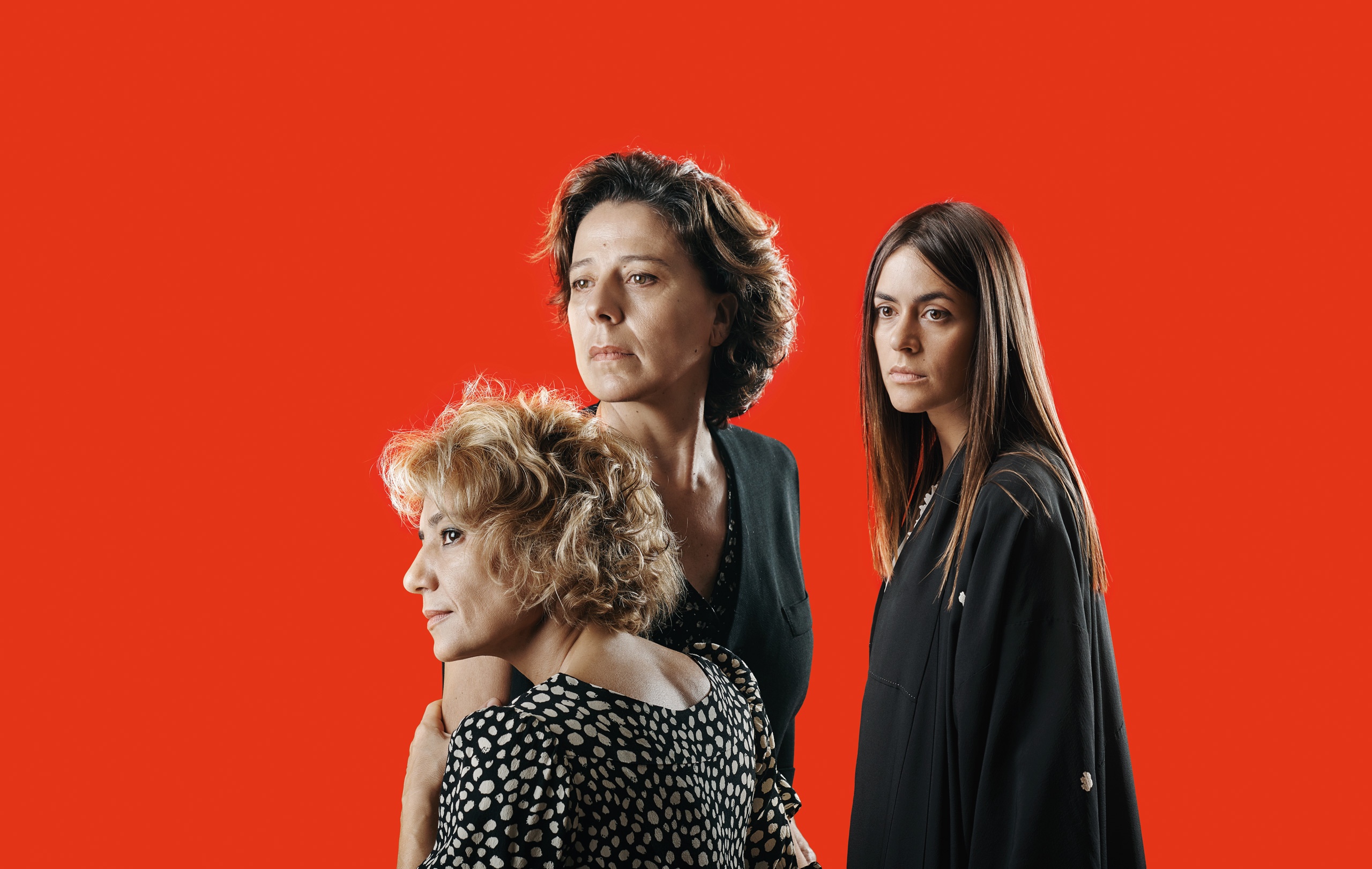 In collaboration with photographer David Ruano, we shot a photo for every show. While red and typography become the main elements for the theatre’s visual identity, art direction and photography are what will give every season its own personality. 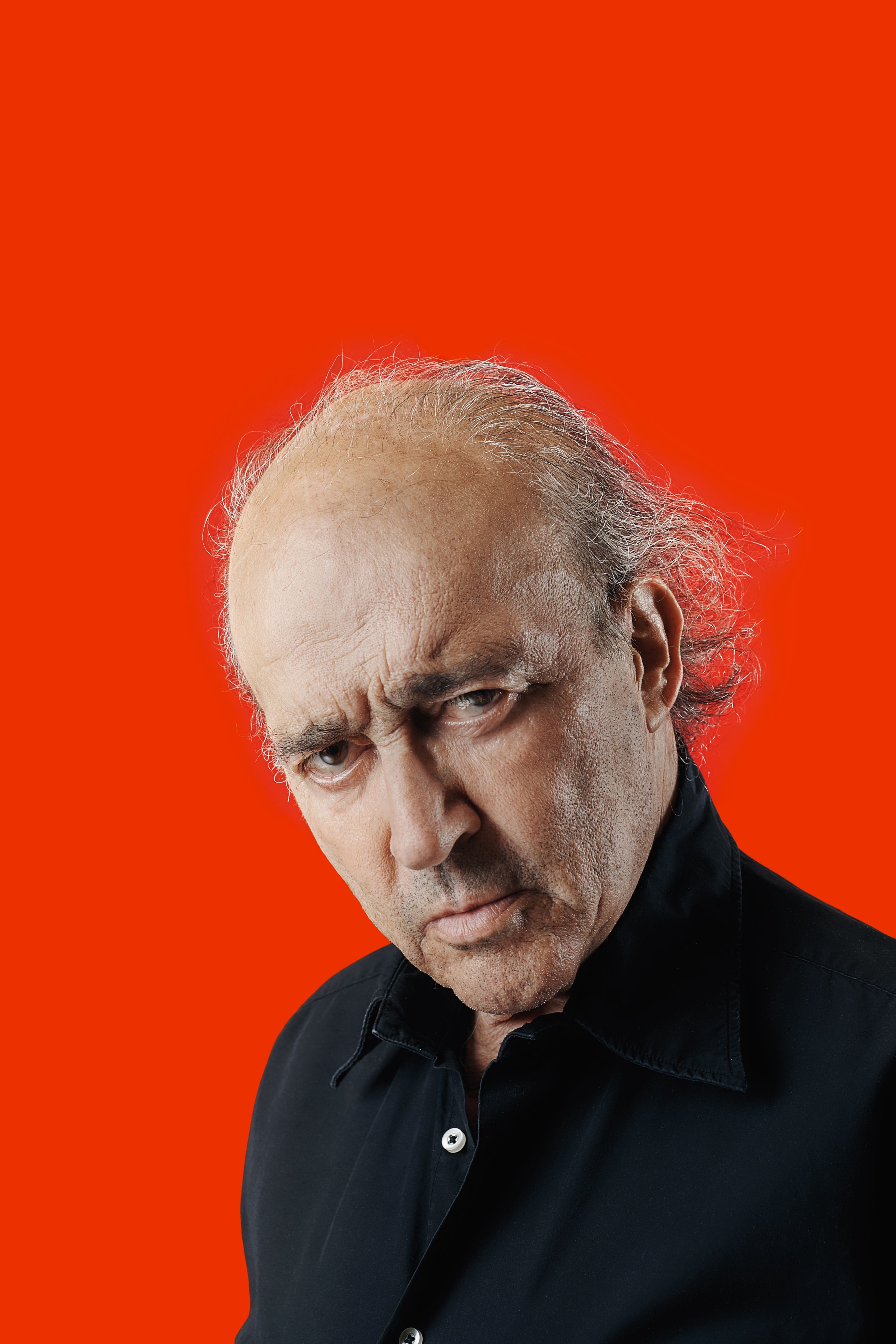 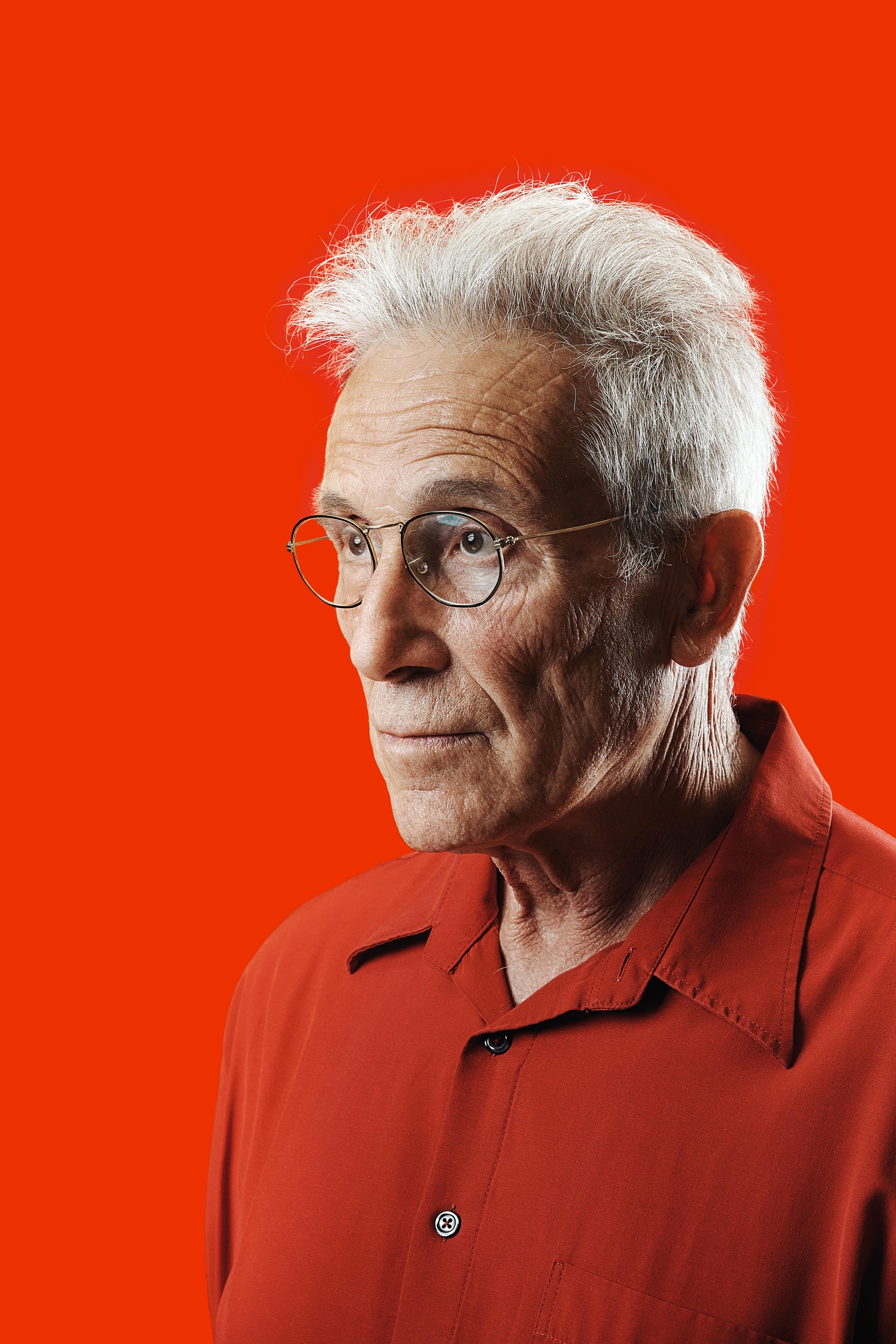 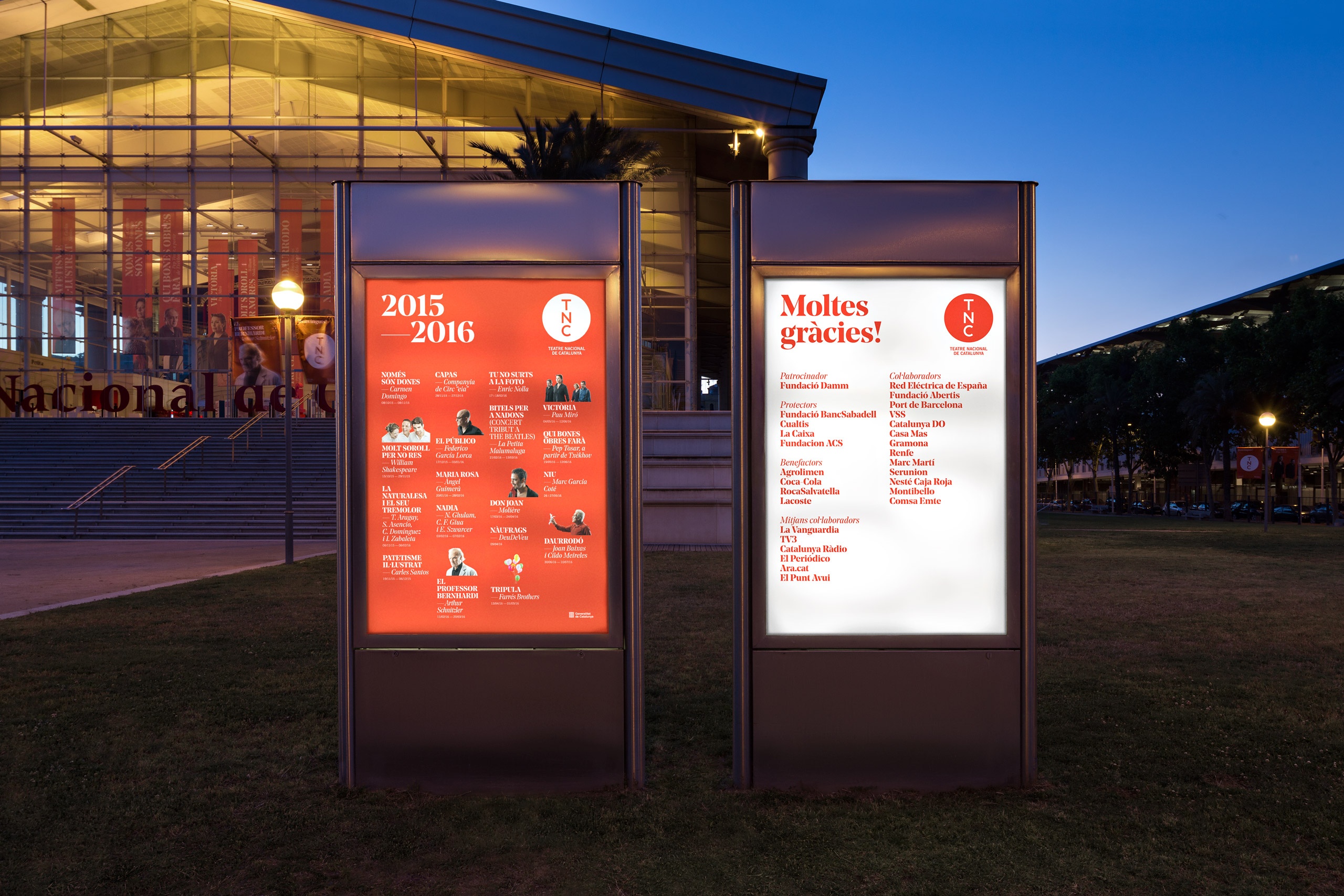 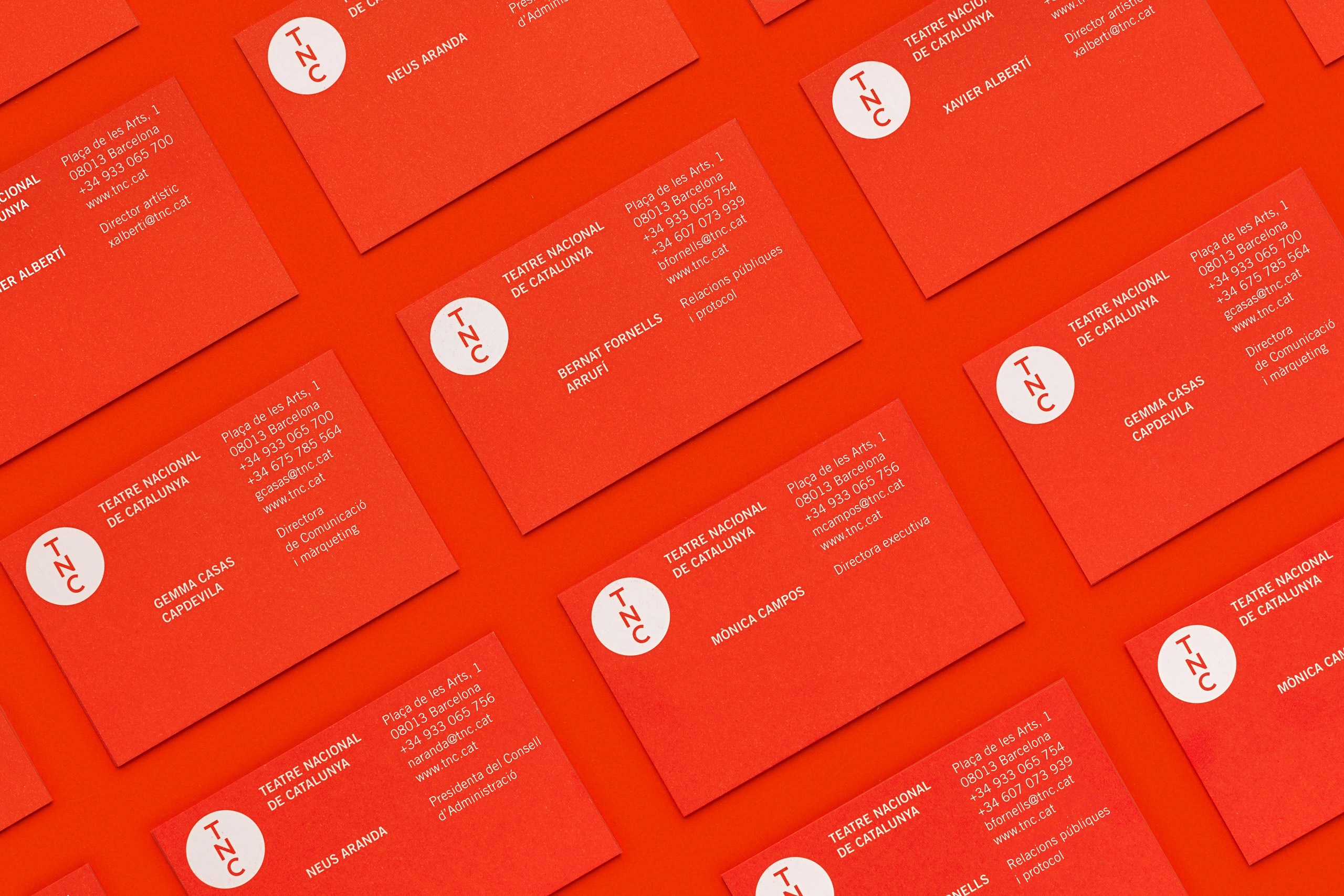 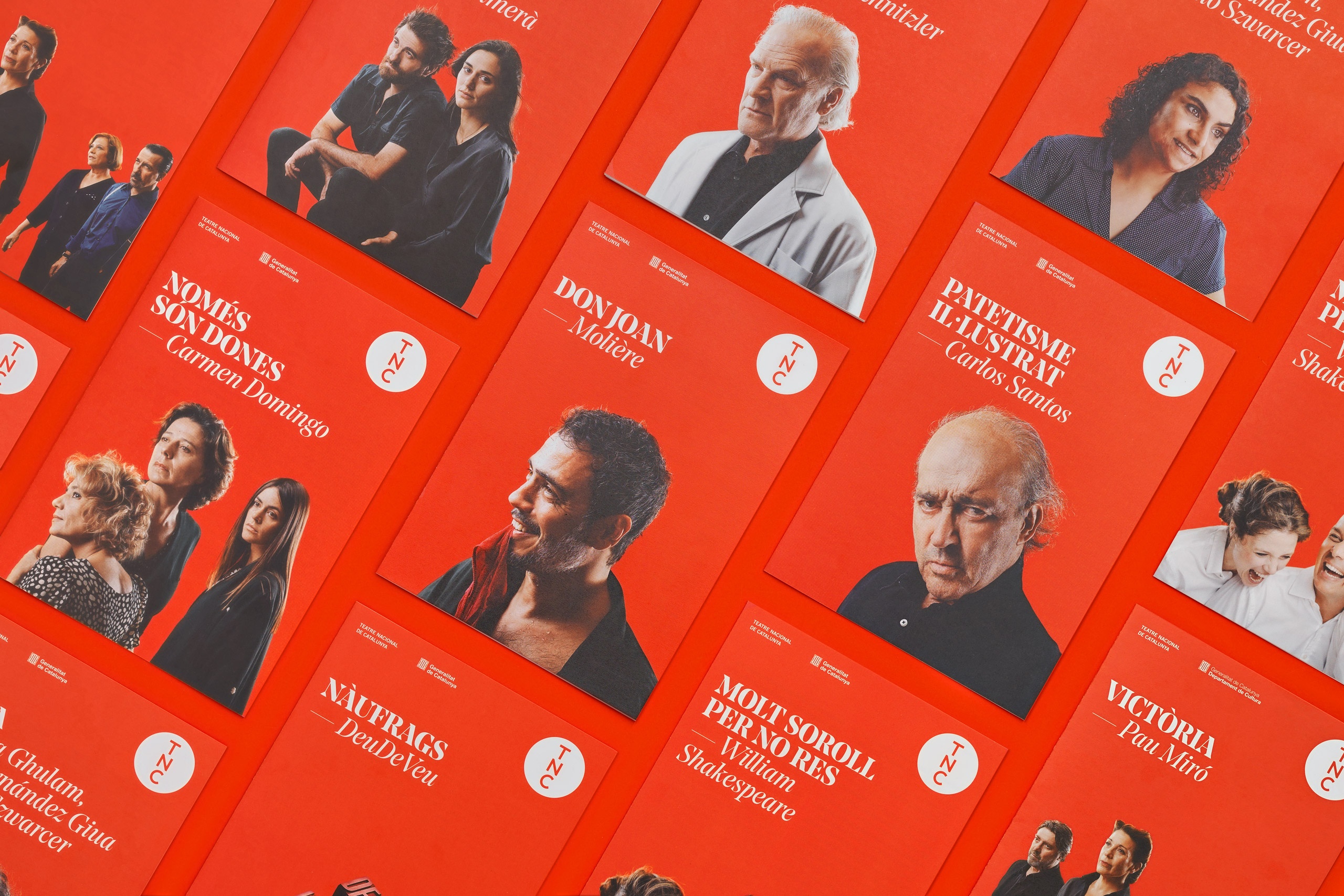 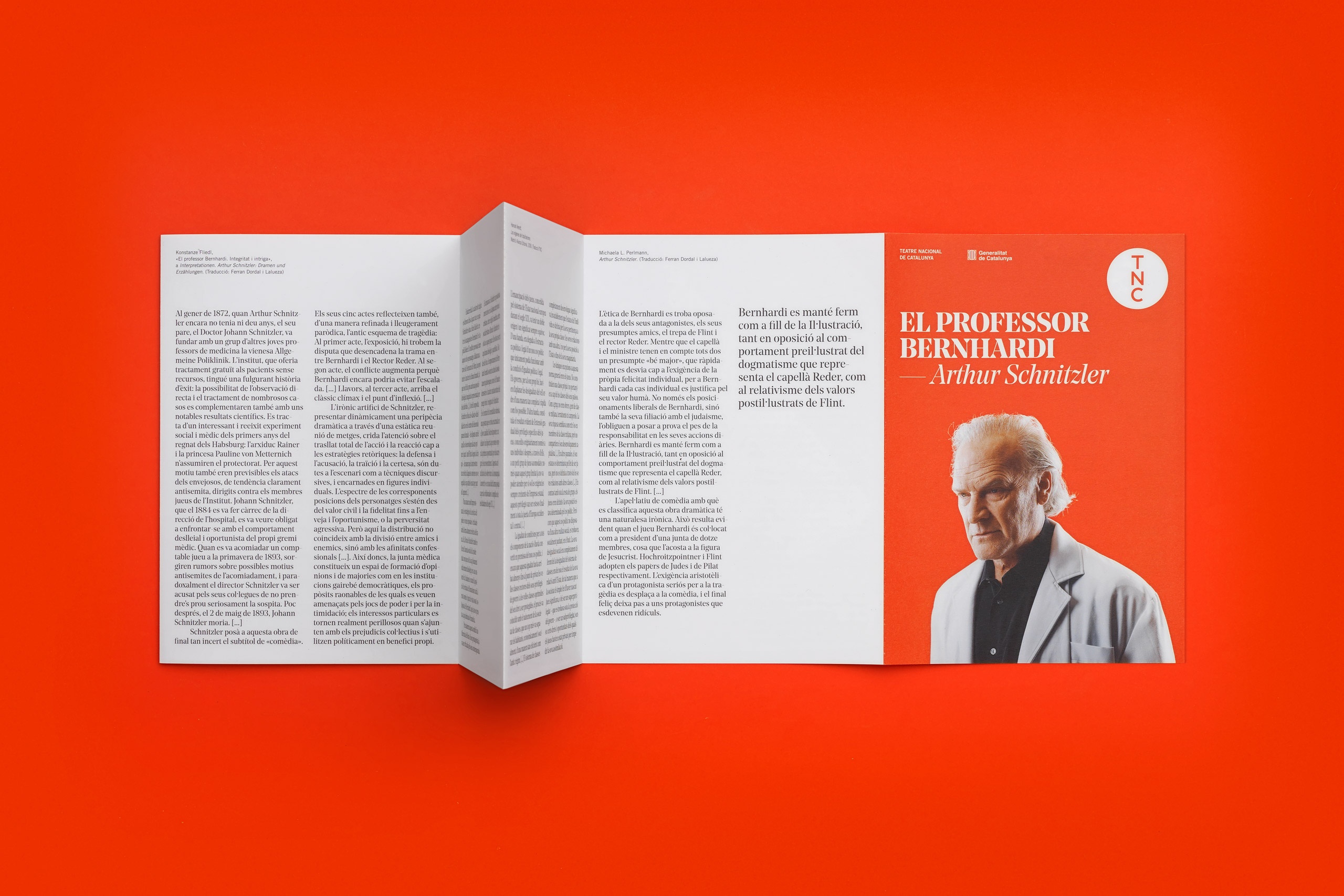 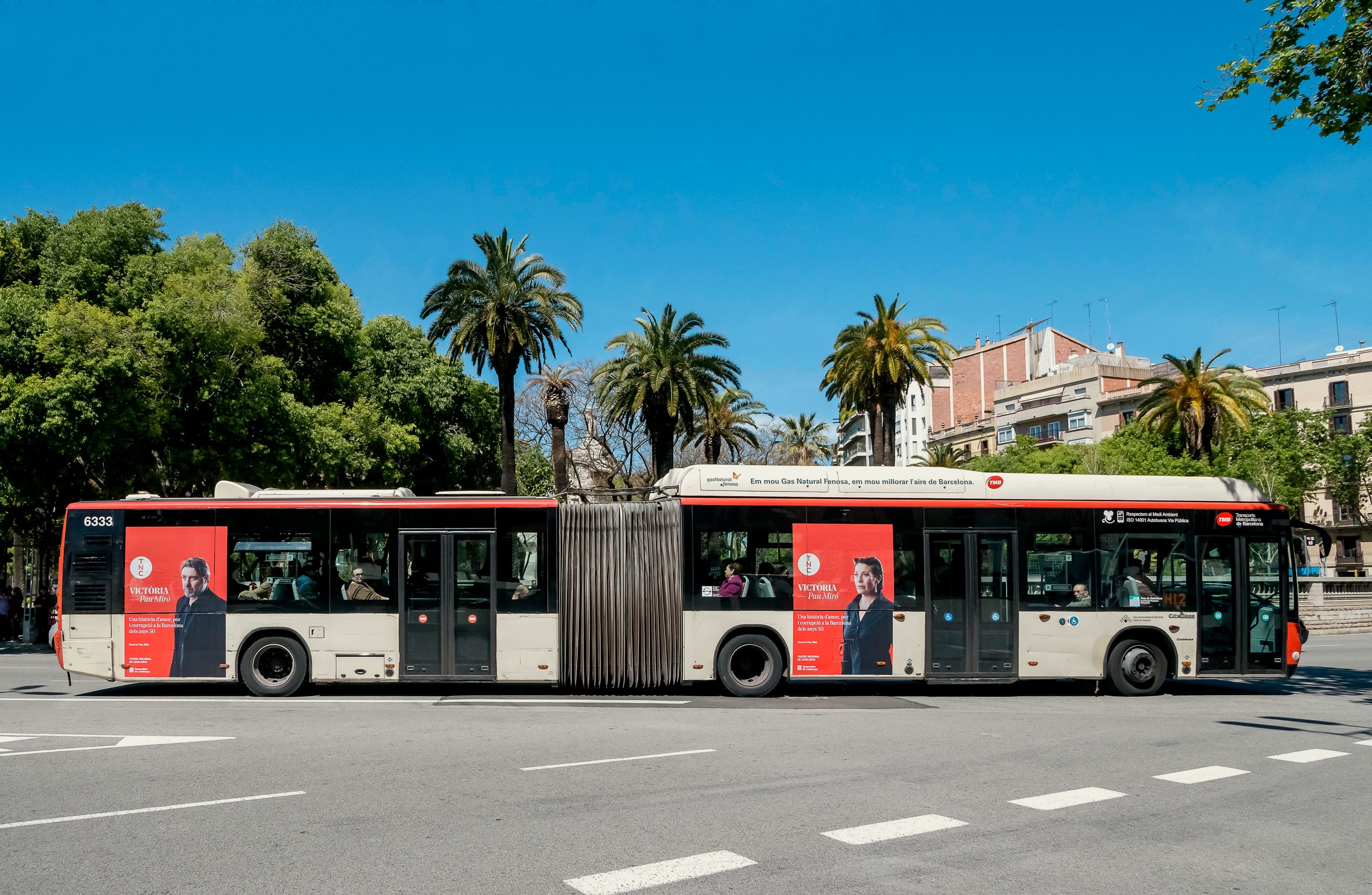 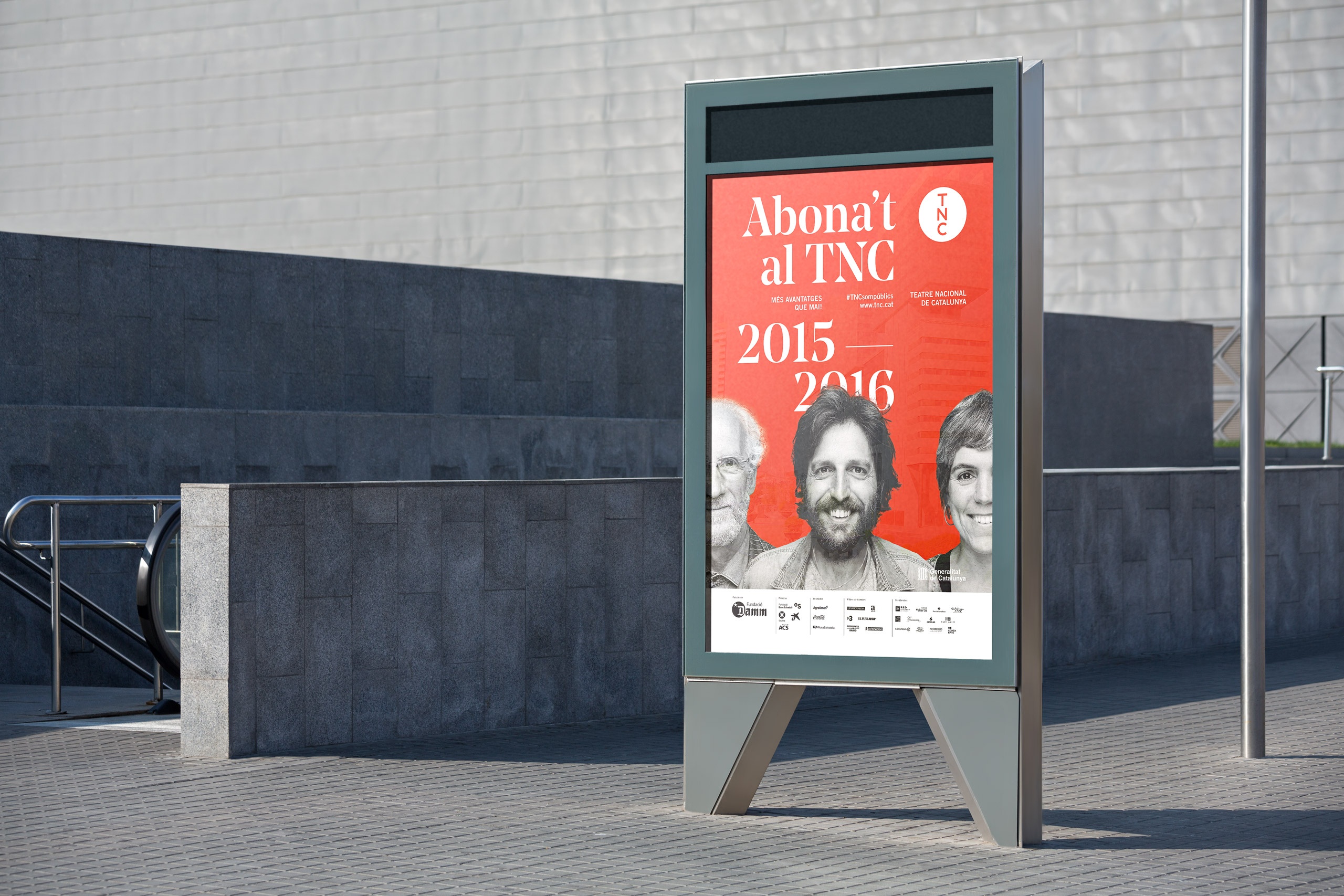 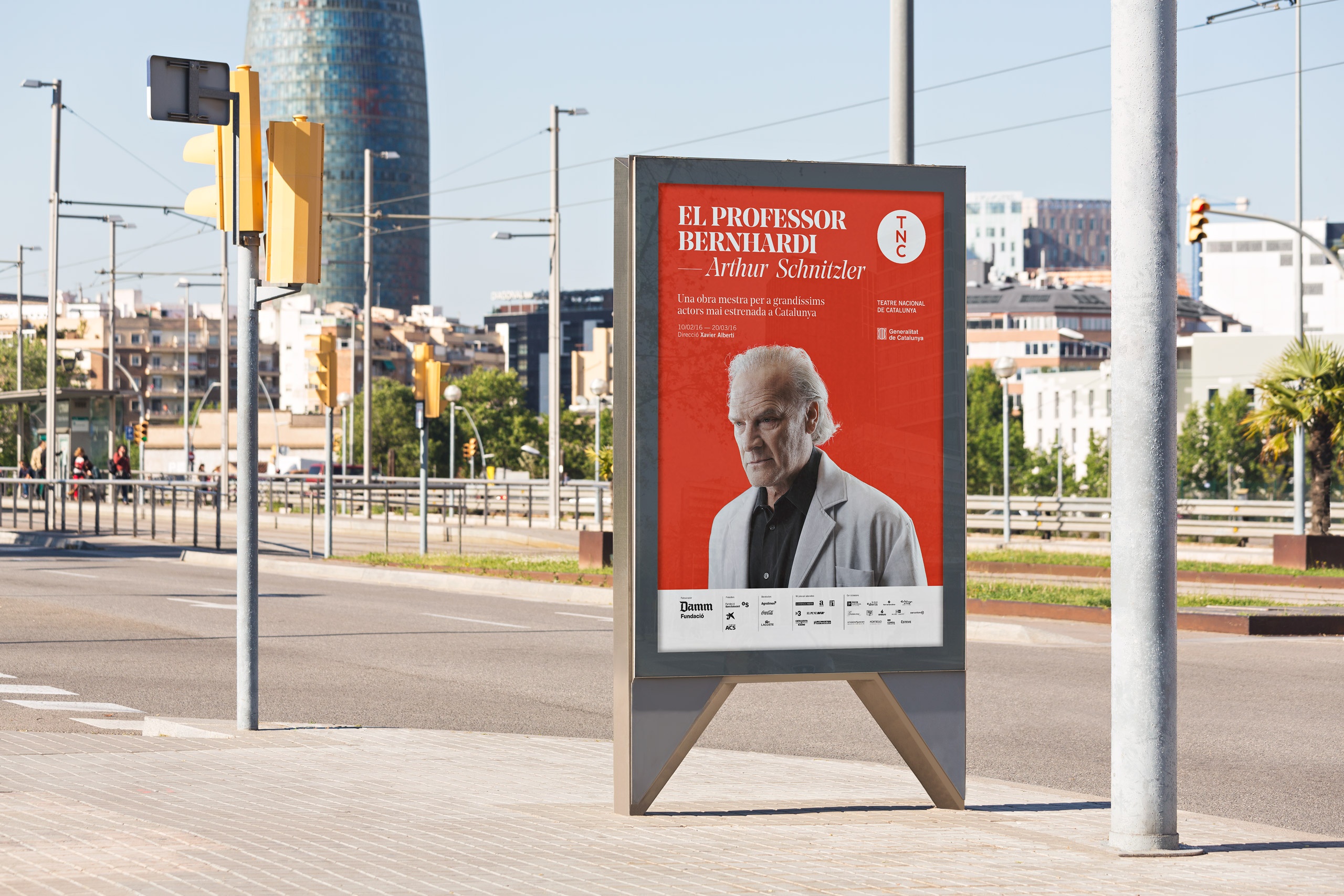