Plaça dels Angels, the square in front of MACBA, is one of the most famous skate plazas in the world. People from all over travel to Barcelona only to spend a few days skating in this iconic spot. Since its popularity boom in the 90’s, coexistence between the neighbours and the skaters has always been an issue.

Barcelona City Council commissioned us to design a campaign that aimed skaters to respect the rules of the area. The main goal of this campaign is to set some coexistence rules that allow the neighbours to rest without having to forbid skating in such an iconic spot.

Aware of the importance of this issue, and in order to keep the square skateable, famous local skaters happily joined the campaign and appeared in the videos we did in collaboration with Néstor F. 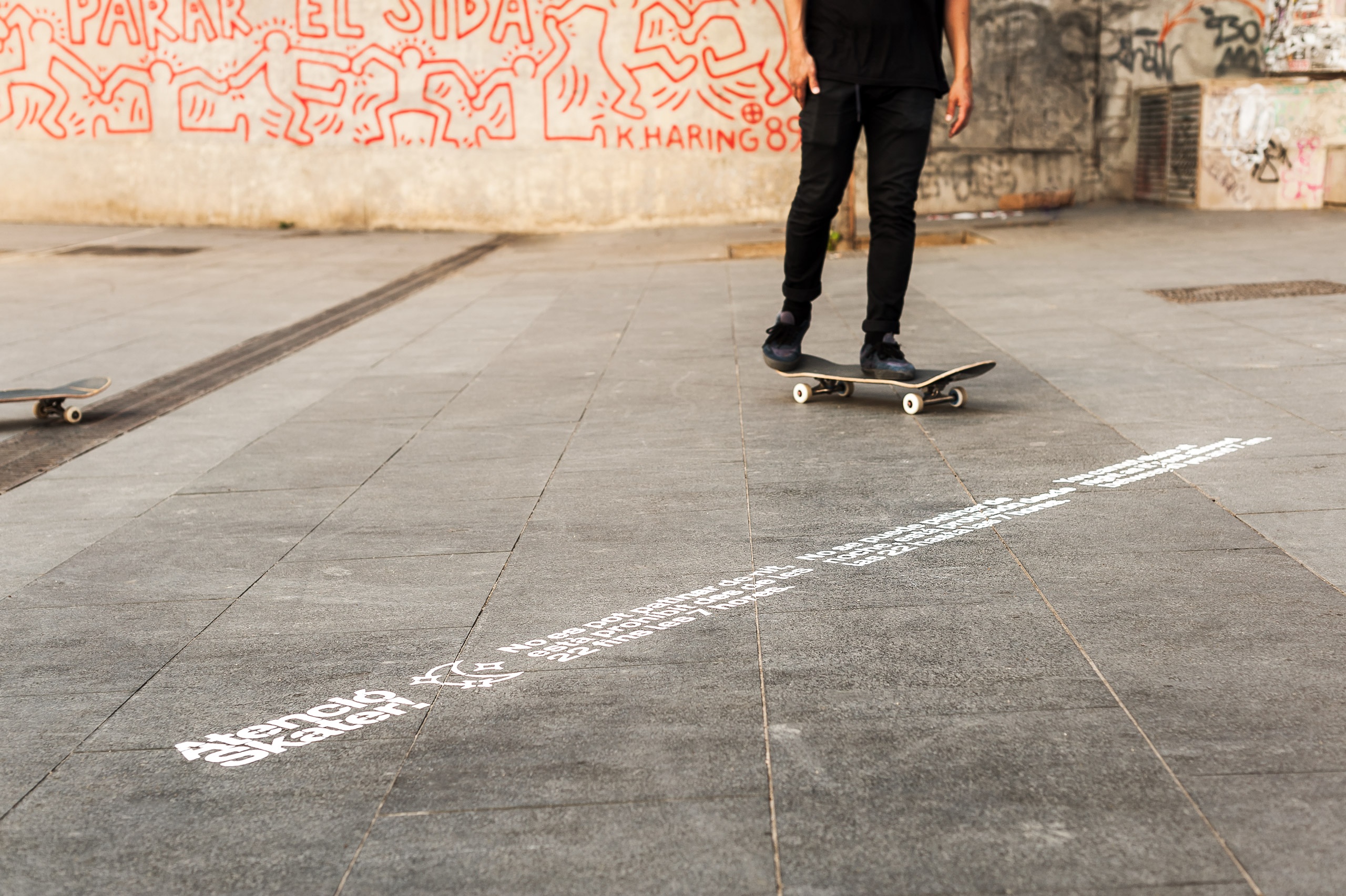 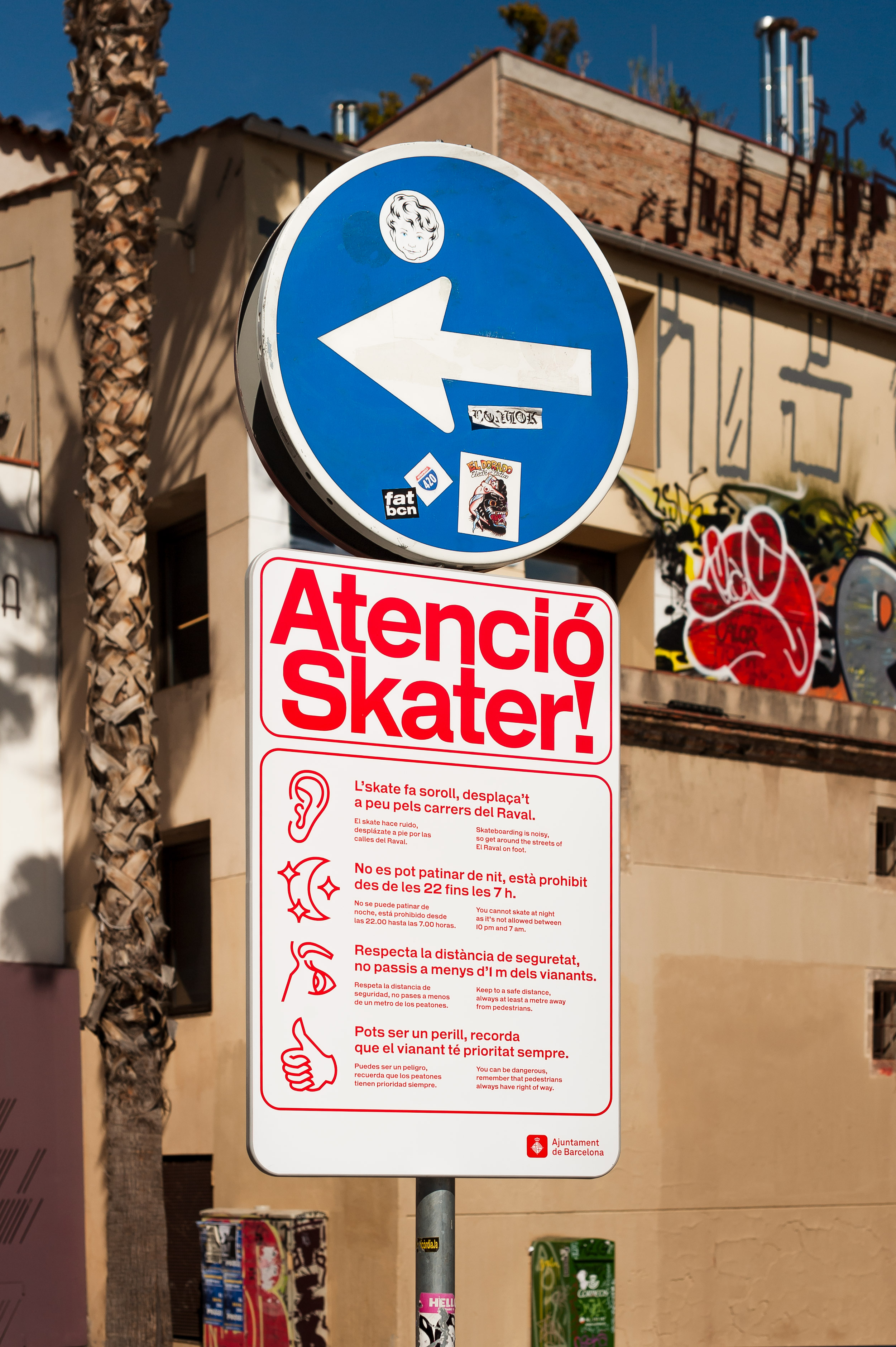 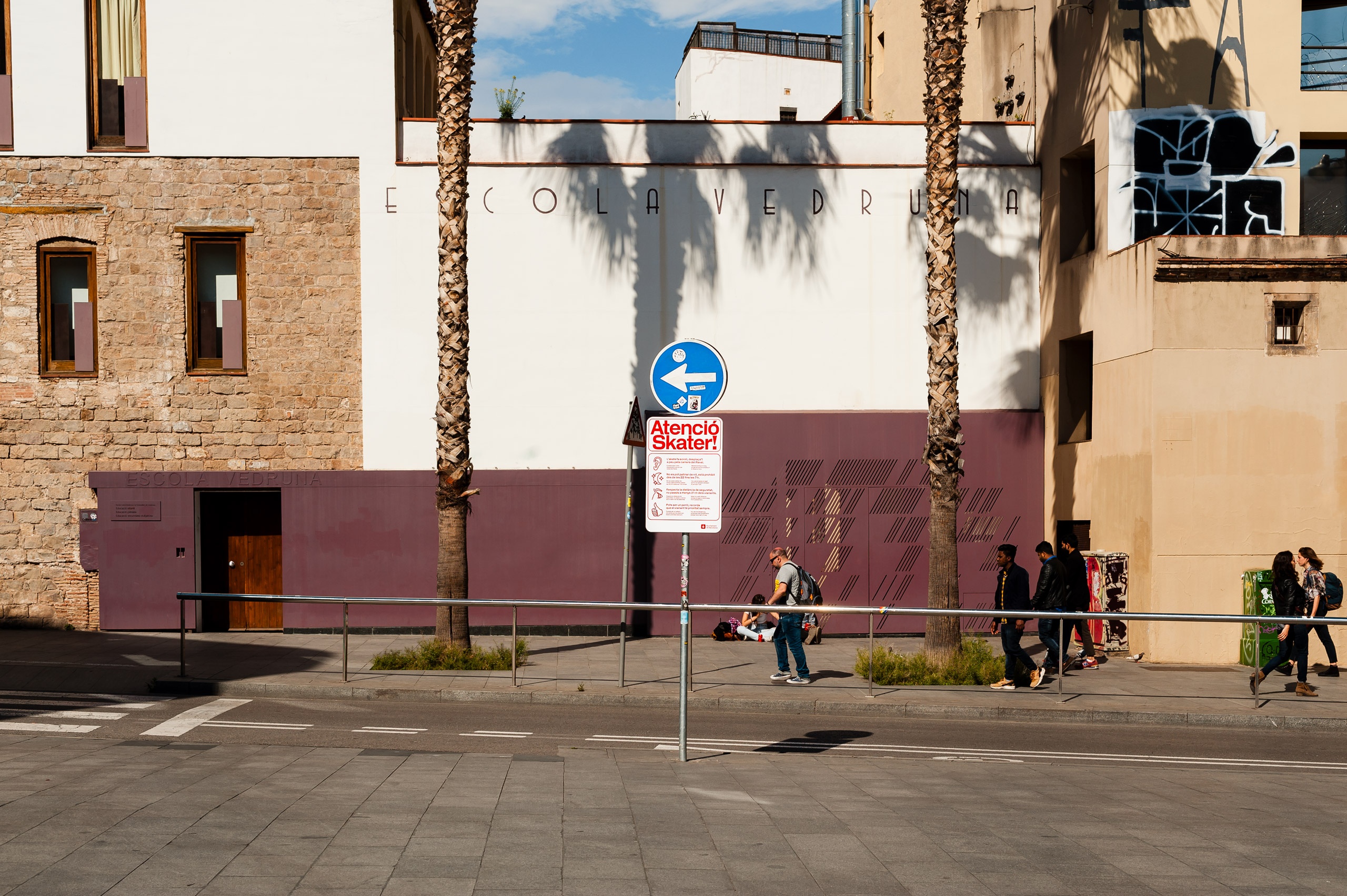 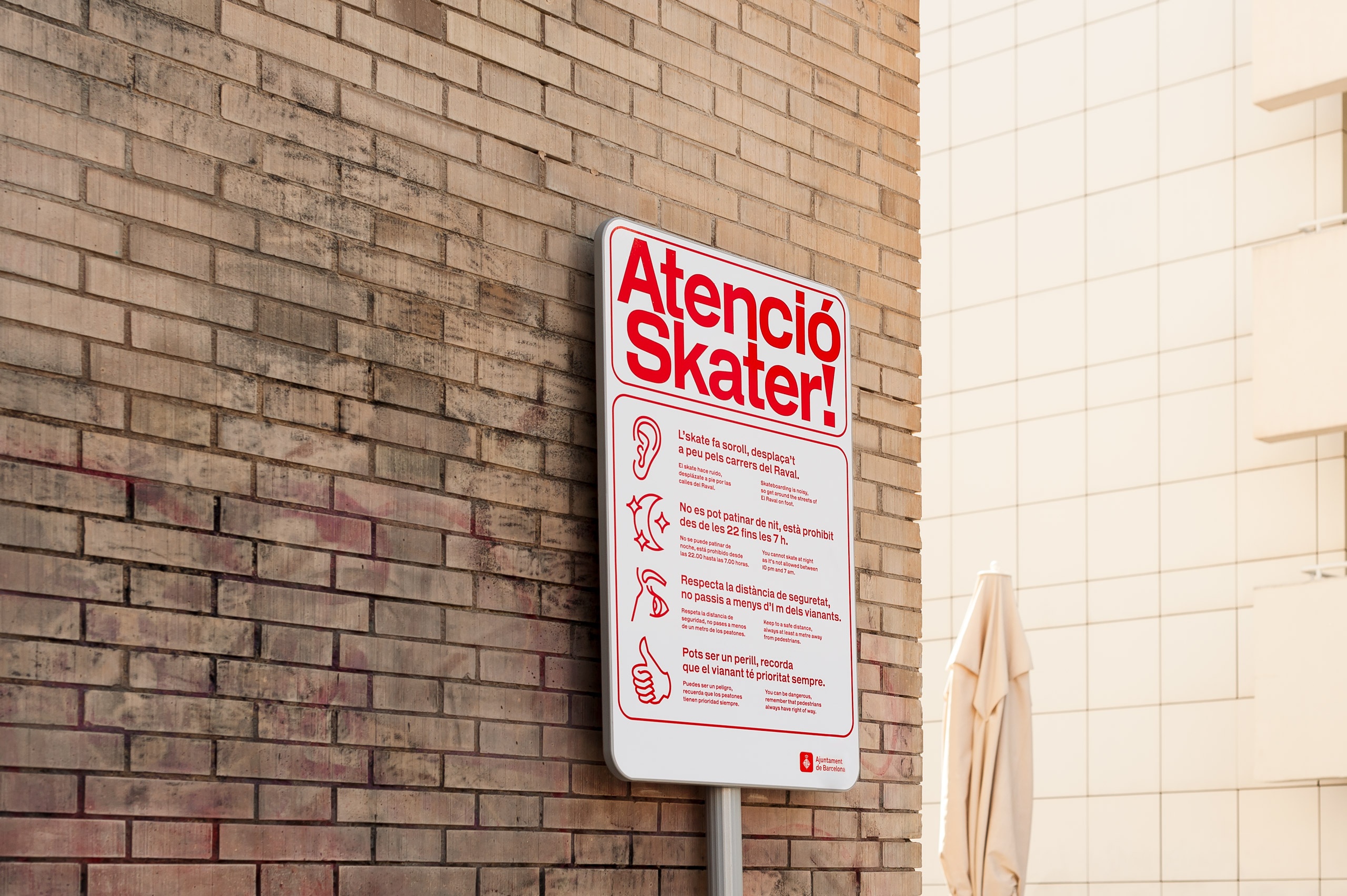 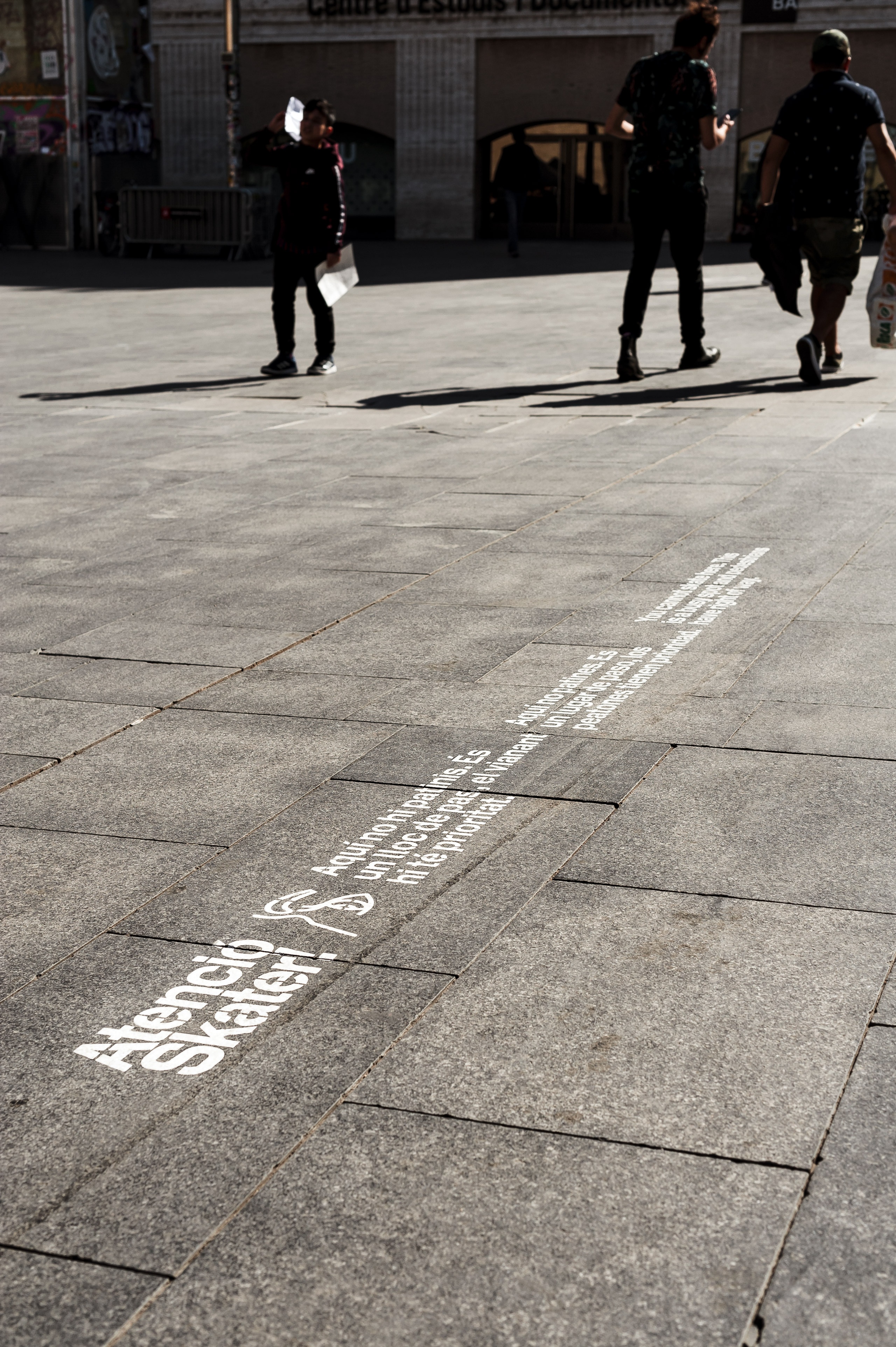 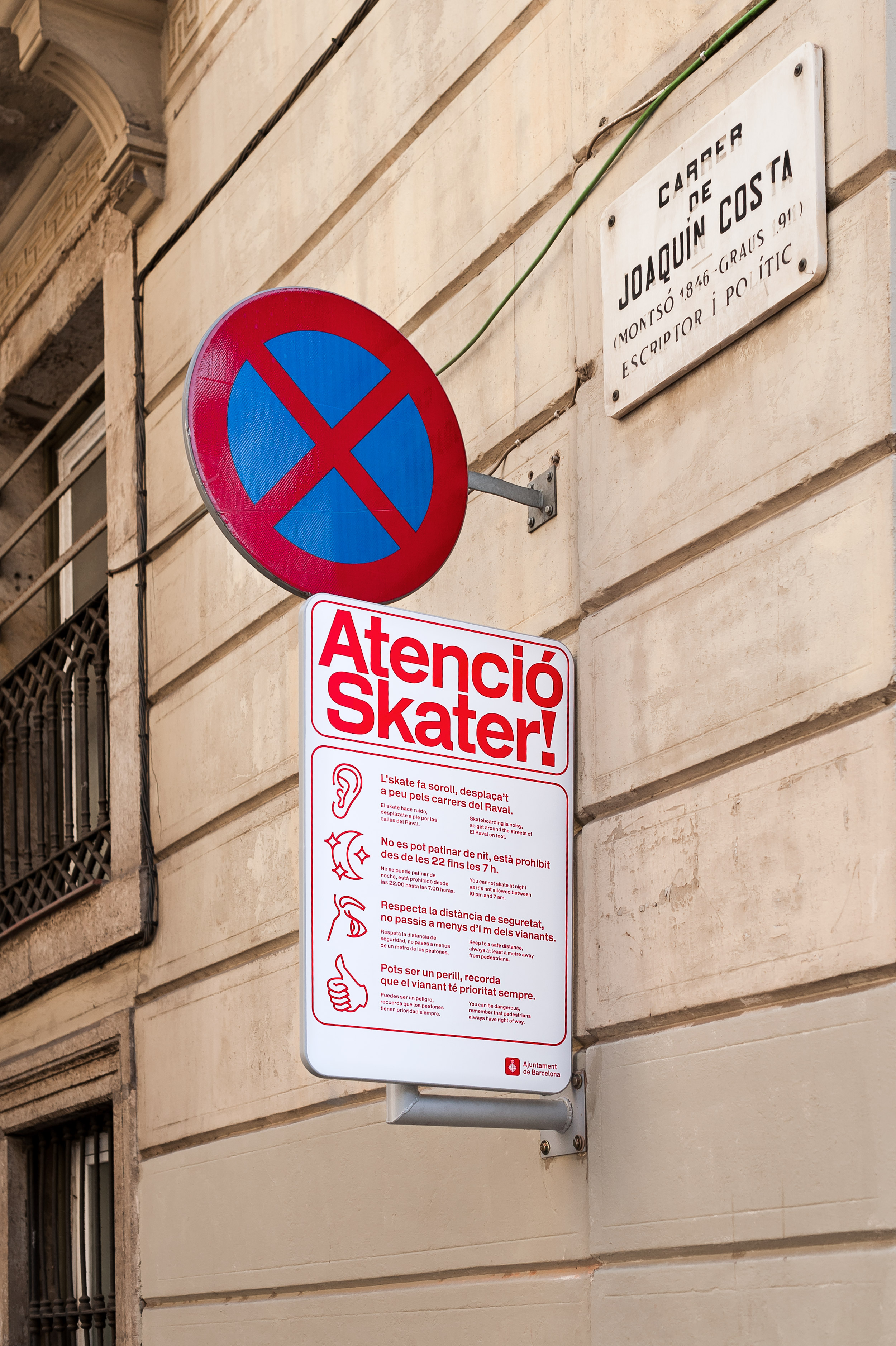 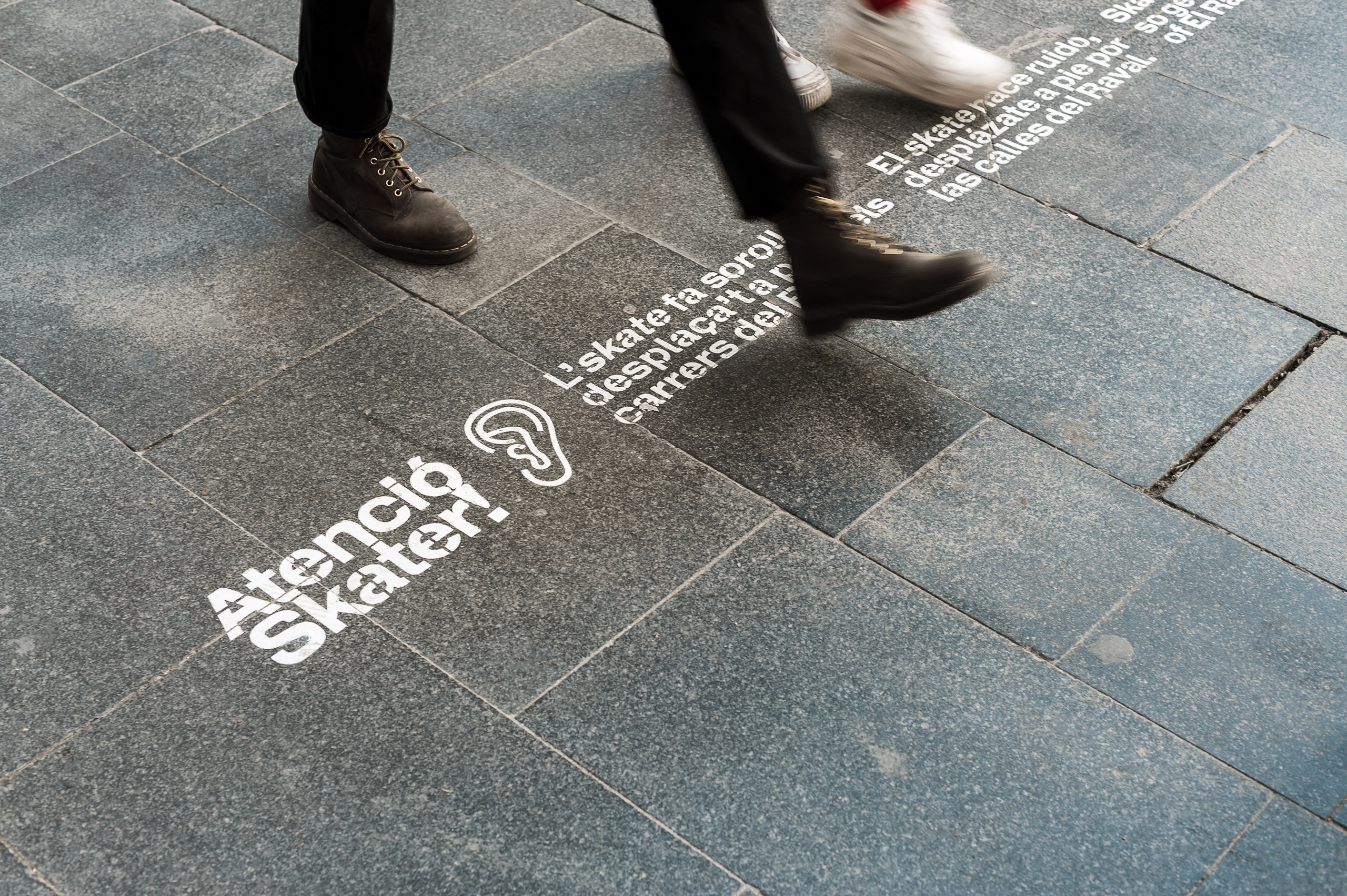 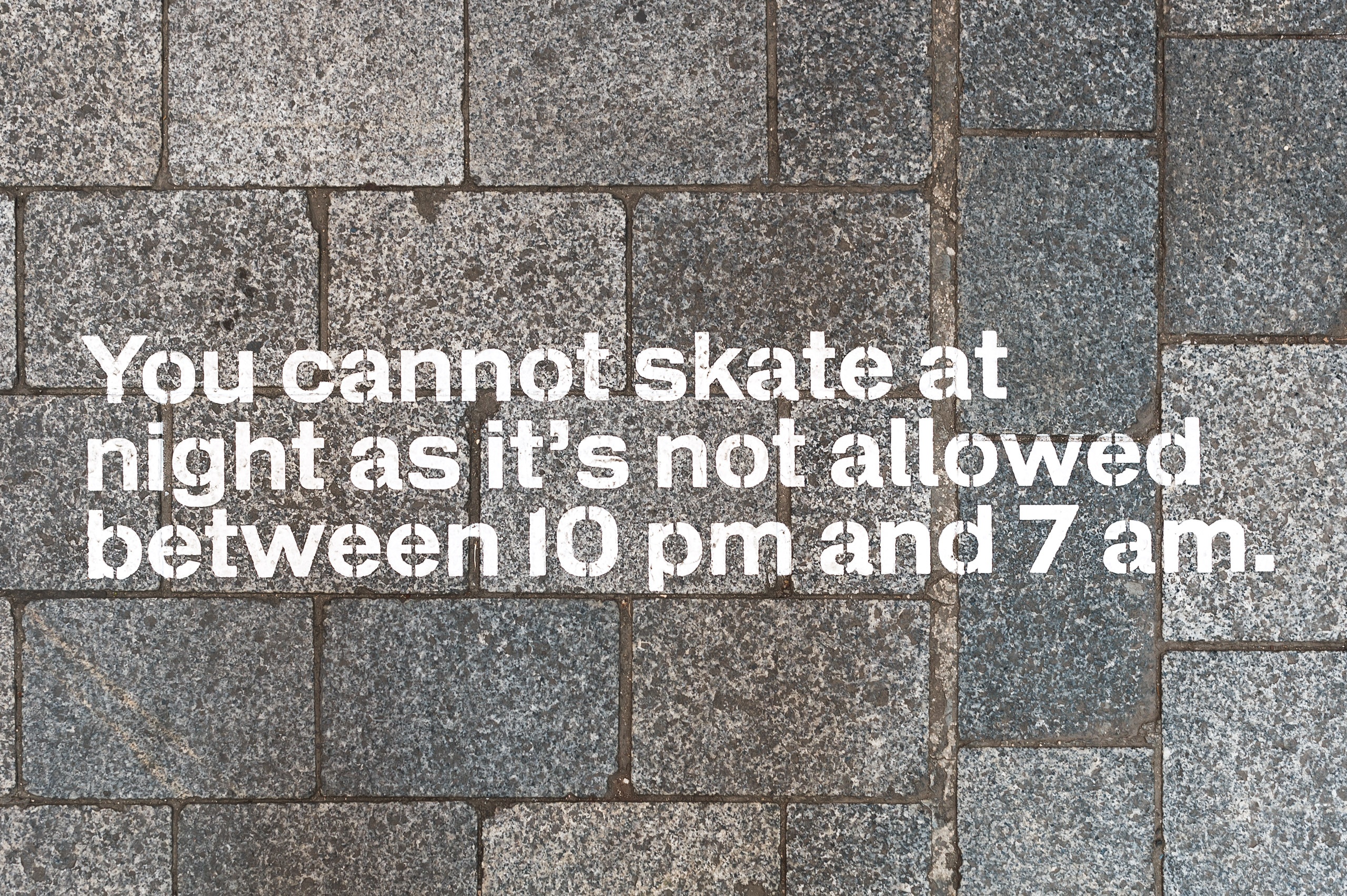 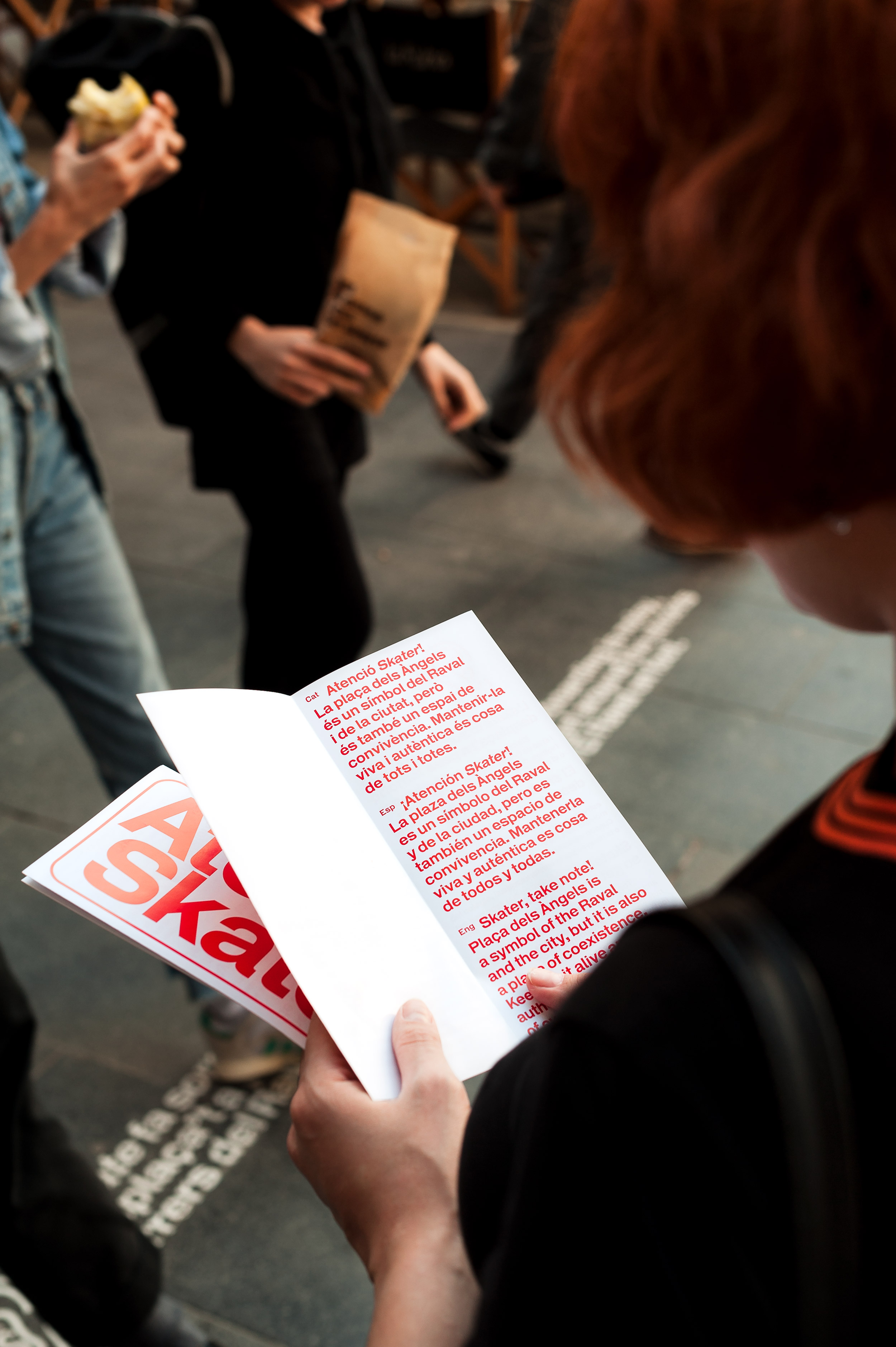 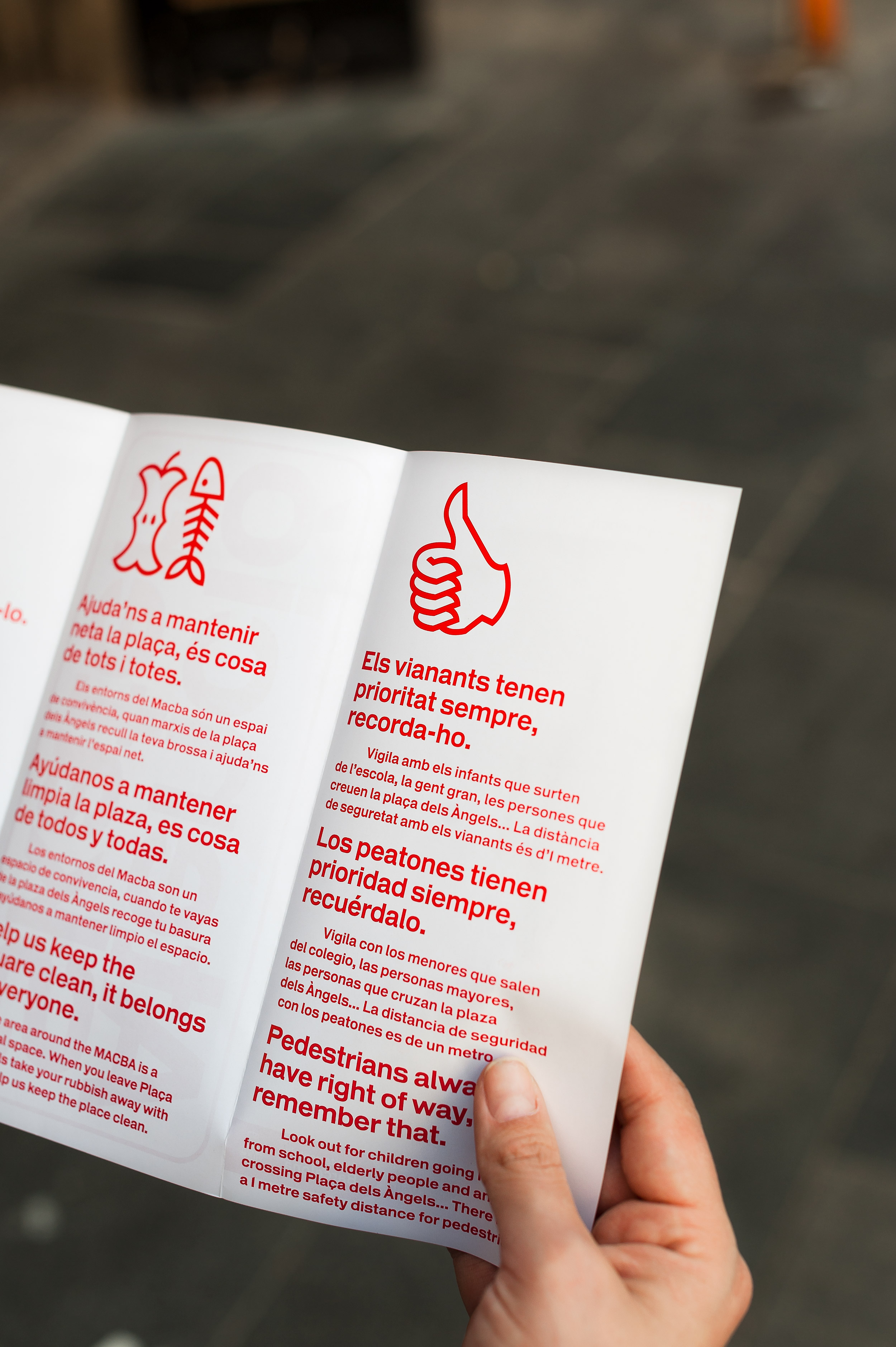 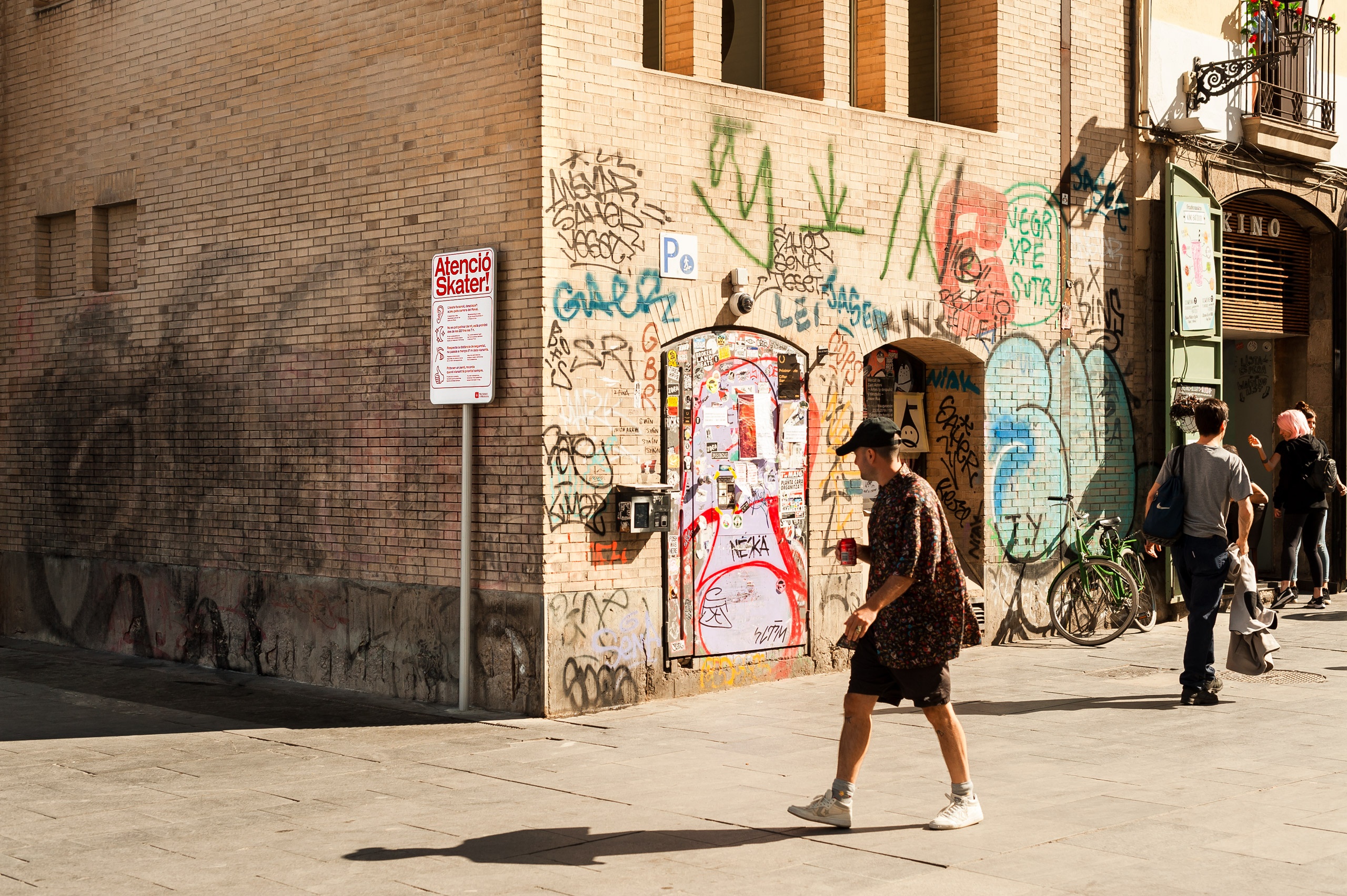 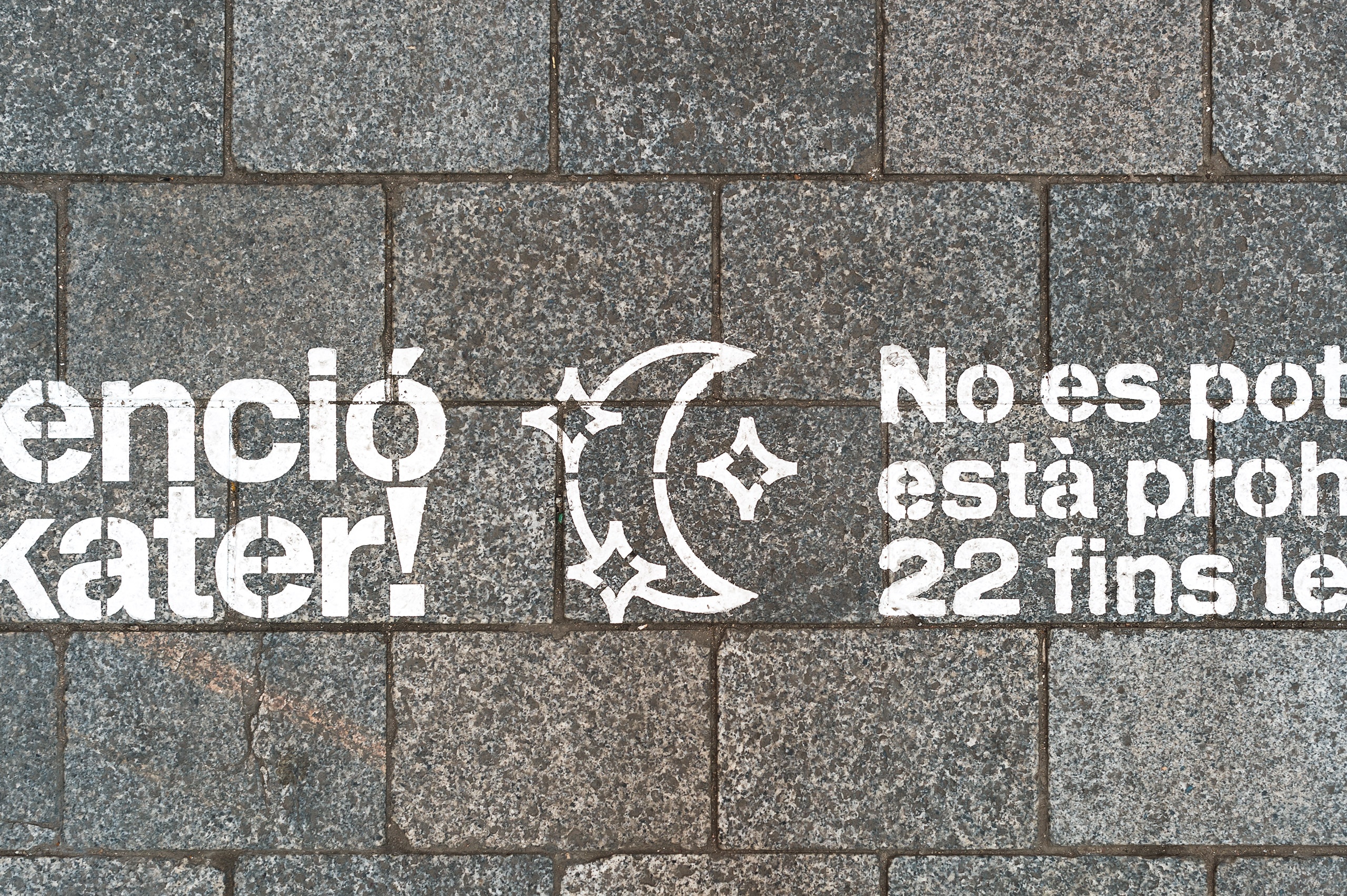 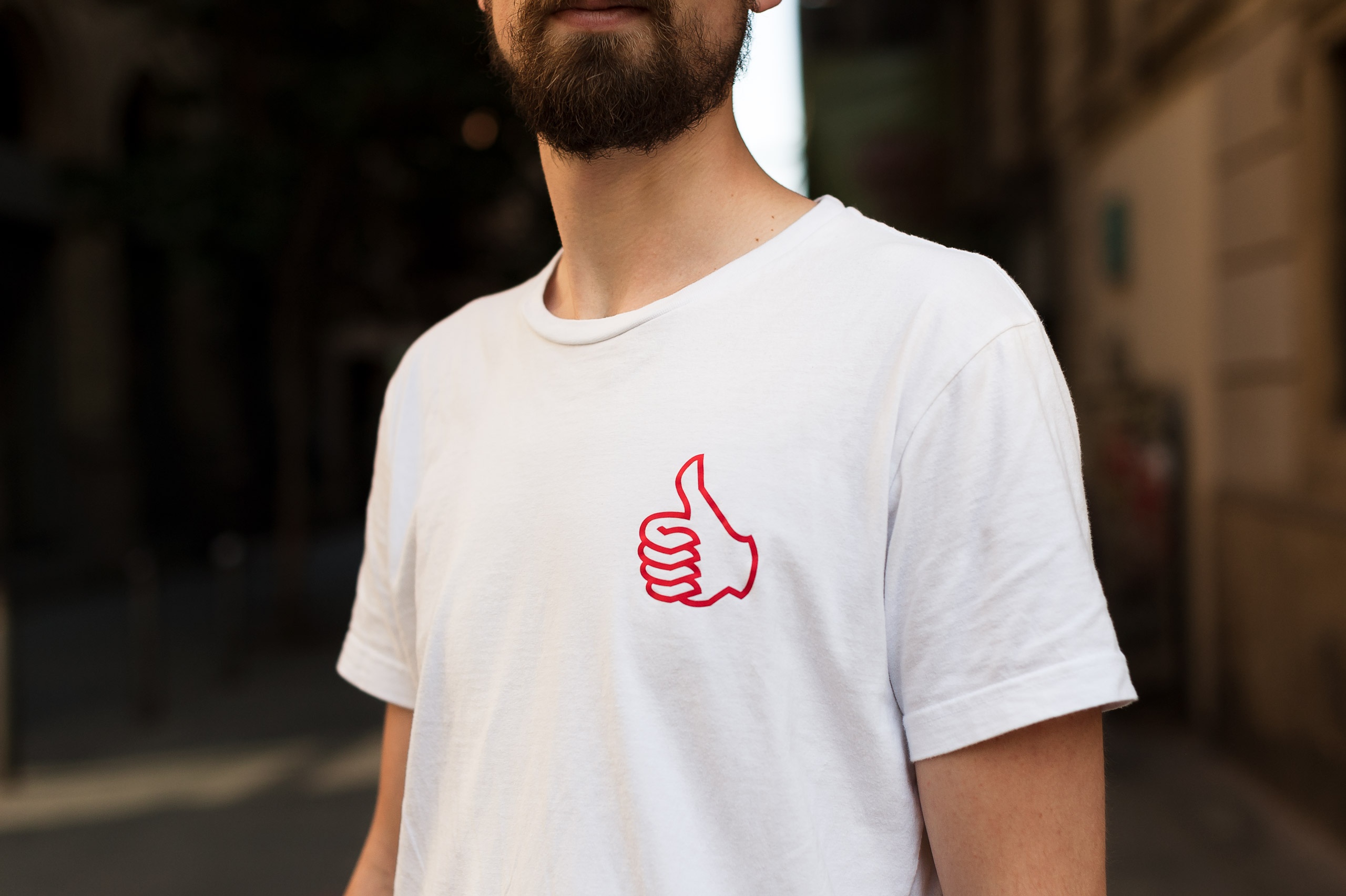 Communication for different religious festivities and parades in Barcelona

Visual system to inform and alert about pollution and drought